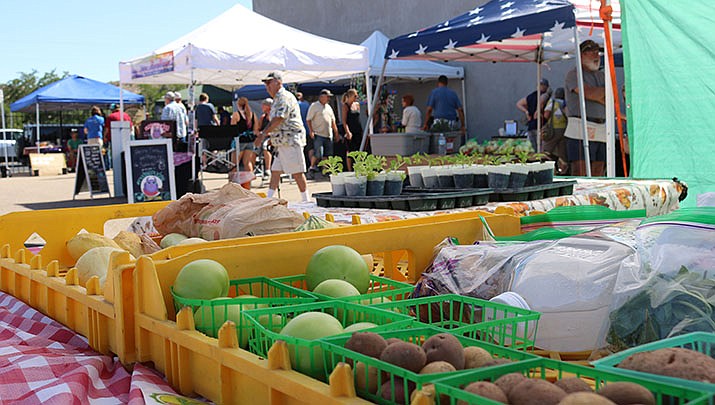 KINGMAN – The city will now have two downtown farmers markets operating on Saturdays.

The Original Kingman Farmers Market, free to all vendors, will open to the public at 8 a.m. Saturday, July 25 at the Thunder-Rode Event Center, 102 E. Beale St.

It’s the same location where the Kingman Farmer’s Market operated for years before moving to 210 E. Beale St. this month due to controversy over a sign depicting a Confederate flag at Thunder-Rode.

“Throughout past years, the Kingman Farmer’s Market has been enjoyed by the Kingman local community at the Thunder-Rode Event Center,” organizers of the new market wrote in a news release. “The tradition continues at the market this weekend ...”

The gates for vendor set-up at the market at Thunder-Rode open at 6 a.m., and the market itself begins at 8 a.m. each Saturday. The new market won’t close until all shoppers are finished, the release noted.