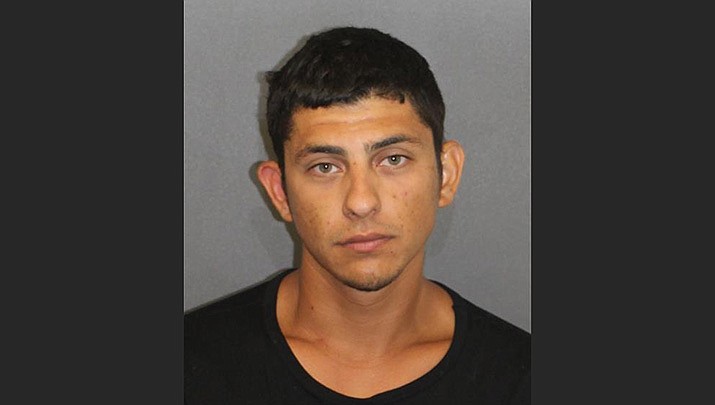 MCSO wrote that Anderson has active warrants stemming from an incident that occurred at about 4:30 p.m. Tuesday, July 21. Deputies responded to a residence in the 5600 block of Ruby Street in reference to a disturbance, with initial calls indicating Anderson had threatened three occupants of the residence with a rifle, according to MCSO. The agency said Anderson stated he was going to kill everyone and then himself.

Victims reported that Anderson was waving the gun around and also pointed the weapon at his chin. Deputies arrived to find three victims in front of the residence, who claimed Anderson had fled out the back door. Deputies conducted a safety sweep of the residence but could not locate Anderson. However, they reportedly located a suspicious object, which resulted in a request for assistance from the Lake Havasu City Police Department Bomb Squad.

The item, reportedly found to be a military-grade training device, was recovered and removed from the residence.

Anderson is described as a Hispanic male, approximately 5-feet, 6-inches tall with brown hair and hazel eyes. MCSO wrote that Anderson was seen leaving the residence with the weapon, and is therefore considered armed and dangerous.

“Do not try to approach the suspect,” MCSO cautioned.