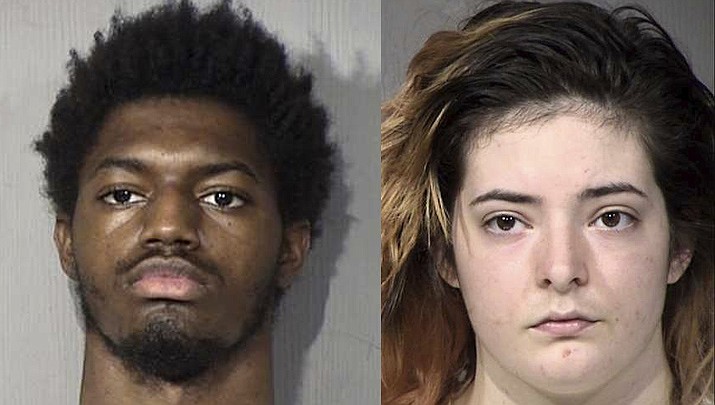 PHOENIX – Two young adults charged with murder in the bludgeoning death of an Arizona State University professor four months ago told investigators that they lured him into the desert under the expectation he would pay money for sex, according to court records.

Investigators say Javian Ezell and Gabrielle Austin instead planned to rob professor Jun Seok Chae when he met them at a spot in the desert where the two lived in a tent. Ezell is accused of fatally striking Chae in the head with a hammer on March 25 during a struggle after the professor refused to hand over money.

The Maricopa County Sheriff’s Office, which investigated the case and publicly revealed the arrests on Friday, declined to say whether its investigators determined whether Chae was in fact lured into the desert on the prospect of exchanging money for sex.

Ezell and Austin were 18 at the time, though Ezell has since turned 19.

Authorities say Ezell and Austin wrapped Chae’s body in the tent, dumped his remains and the hammer in separate garbage bins, and drove away in the professor’s car. They were planning to go to Georgia, but were arrested in Shreveport, Louisiana, after police discovered the car was stolen, authorities say.

The body was found on July 17 after a nearly nine-week search at a landfill in Surprise, Arizona. Medical examiners later confirmed it was Chae.

Ezell and Austin were each charged with first-degree murder, armed robbery and vehicle theft. They remain jailed on a $1 million bond.

Authorities say Ezell and Austin told investigators about the spot on the northern edge of metro Phoenix where Chae was killed. Evidence of human blood was later found at the scene.

Ezell and Austin remained in a north Louisiana jail from March 29 until they were extradited to Arizona on July 15. Their arrests were publicly announced nine days later by the office of Maricopa County Sheriff Paul Penzone.

Chae, an electrical engineering professor who joined ASU in 2005, was reported missing after he didn’t return home after work on March 25.