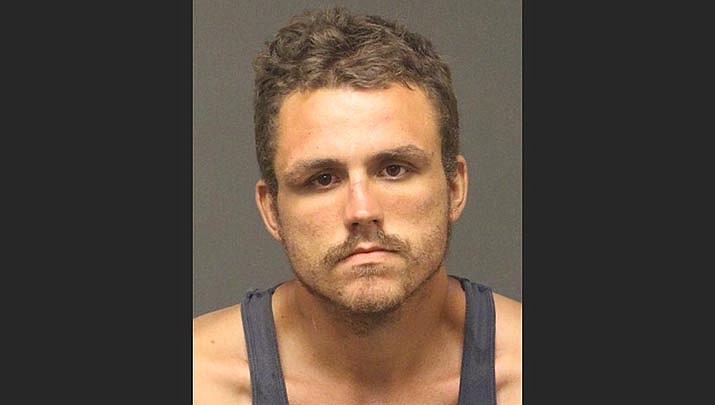 KINGMAN – Jacob Patrick Frazell, 26, of Kingman, was arrested by the Mohave County Sheriff’s Office on suspicion of drug-related charges on Wednesday, July 29.

At approximately 1 a.m., deputes contacted Frazell in the area of Swan Drive and Bluebird Lane. A records check showed that he had a felony warrant out of Kingman Justice Court for possession of dangerous drugs and possession of drug paraphernalia, according to MCSO.

Frazell was taken into custody without incident, and a subsequent search reportedly revealed that Frazell was in possession of a plastic bag containing marijuana and a syringe containing a black substance that he admitted to be heroin.

Frazell was transported and booked into the Mohave County Adult Detention Facility.