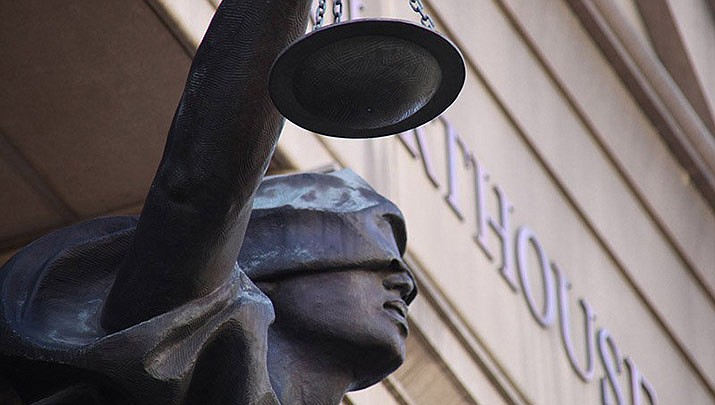 Lezmond Mitchell, a Navajo double-murderer, is scheduled to be executed in August. He is the only Native American on federal death row. (Photo by Tim Evanson/Creative Commons)

FLAGSTAFF - The only Native American on federal death row is scheduled to be executed in late August, the U.S. government announced Wednesday.

Lezmond Mitchell, who is Navajo, had been among the first of a handful of inmates set to be put to death after the Trump administration restored federal executions after an informal, 17-year moratorium. Mitchell has been spared temporarily by the 9th U.S. Circuit Court of Appeals where his attorneys argued they should be able to interview jurors for potential racial bias.

Mitchell lost the bid in late April, but the case hasn't technically been closed, preserving a stay of execution. His attorneys have asked the appeals court to essentially keep the stay in place while they seek review at the U.S. Supreme Court. The U.S. attorney in Arizona urged the appeals court Wednesday to make a quick decision.

The execution date for Mitchell, who was convicted of the 2001 murder of a Navajo woman and her 9-year-old granddaughter, now is Aug. 26 at the Federal Correctional Complex in Terra Haute, Indiana, where he's being held.

Despite the grisly nature of the killings, tribal officials and even the victims’ family opposed the death penalty. Native American tribes for decades have been able to tell federal prosecutors if they want a death sentence considered for certain crimes on their land. Nearly all, including the Navajo Nation, have rejected that option.

Mitchell was convicted of carjacking resulting in death – a crime that carries a possible death sentence no matter where it happens, meaning the tribe had no avenue to object.

“The federal government's announcement that it now plans to execute Lezmond Mitchell demonstrates the ultimate disrespect for the Navajo Nation's values and sovereignty,” his attorneys, Jonathan Aminoff and Celeste Bacchi said in a statement Wednesday.

Mitchell is scheduled to be put to death in the same week as Keith Dwayne Nelson, who was convicted of kidnapping a 10-year-old girl while she was rollerblading in front of her Kansas home and raping her in a forest behind a church, then strangling her.

Three other federal inmates were put to death earlier this month – Dustin Honken, Wesley Purkey and Daniel Lewis Lee. All were convicted of killing children.

Mitchell and an accomplice abducted Alyce Slim, 63, and her granddaughter in October 2001 with plans to use Slim’s vehicle in a robbery. Prosecutors said the two stabbed Slim and slit the girl’s throat. Their beheaded, mutilated bodies were found in a shallow grave on the Navajo Nation.

Mitchell's attorneys have said he had no history of violence and wasn't the primary aggressor. They said they'll continue to pursue avenues for relief.

Navajo Nation Council Delegate Carl Slater, whose grandparents testified against capital punishment in Mitchell's trial as educators, has been pushing the tribe to request clemency from the federal government and affirm its position against the death penalty.

If the execution moves forward, Slater said it would send a message that the federal government has no problem using loopholes to infringe on the tribe's sovereignty. “This completely conflicts with our values,” he said.

“The government has an obligation to express our values and reflect them. That's not just to our citizens, that's to other sovereigns that have these relationships.”