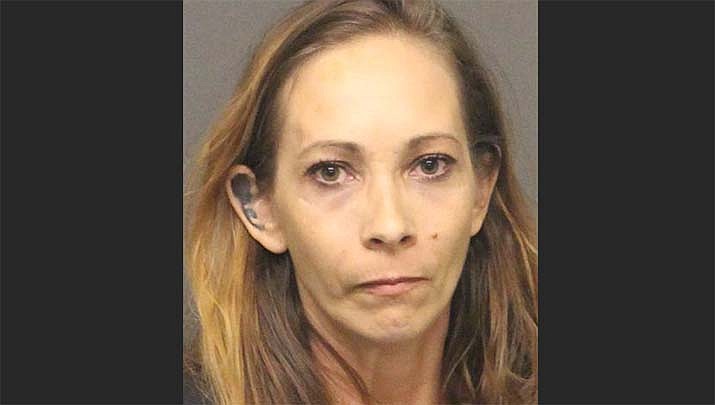 KINGMAN – Stephanie Ruth Brown, 36, of Kingman, reportedly admitted to shooting her fiancé, who suffered non-life-threatening injuries, on Thursday, July 30, according to the Mohave County Sheriff’s Office.

At approximately 1 p.m., MCSO dispatch received a 911 call in reference to a female subject shooting a male subject in the groin. Upon arrival, deputies reportedly found a female subject running from the residence and made contact with her.

“The female admitted to shooting the male subject and was taken into custody," MCSO wrote. “The 54-year-old male was located inside the residence and found to have multiple gunshot wounds to his lower torso.”

He was transported to Kingman Regional Medical Center where he underwent surgery. The wounds appear to be non-life threatening at this time.

The investigation revealed that Brown alleged she had viewed videos showing her fiancé involved in a crime. Brown then reportedly confronted her fiancé, shooting him twice in the lower extremities.

Deputies arrived and served a search warrant on the residence to investigate the shooting and recover alleged evidence.

“After the scene was processed and the videos had been reviewed, there was no crime to have been identified as Brown had reported,” the sheriff’s office wrote.

Brown was arrested on suspicion of two counts of aggravated assault with a deadly weapon by domestic violence, a Class 2 felony. She was booked into the Mohave County Adult Detention Facility.