Mohave County to get $9.1M from CARES Act 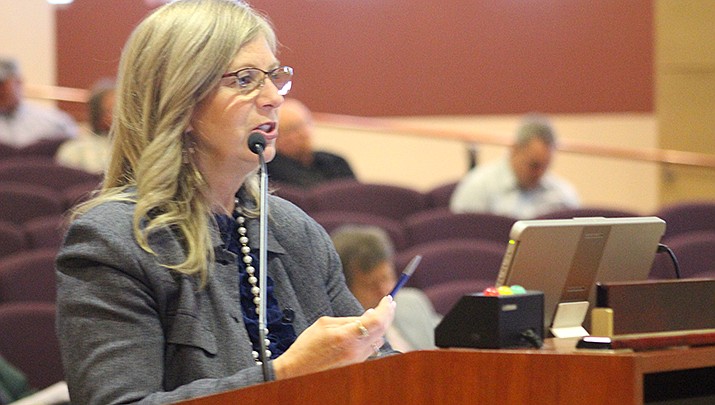 County Manager Mike Hendrix announced the funding at the Monday, June 1 Board of Supervisors meeting.

“It was incredibly unexpected,” Hendrix said, adding the money will arrive as early as July and has to be included in the county’s budget for the 2020-21 fiscal year.

The county plans to direct $6 million into the general fund contingency, raising it to $10 million, and the remaining $3 million into capital funding for future projects, county Financial Services Director Coral Loyd said.

With the additional money on the horizon, the county will consider investing about $500,000 to equip Sheriff’s Office deputies with body cameras, Loyd said.

“Is the CARES Act that loose,” asked Supervisor Buster Johnson of District 3. “We can’t take $9 million and throw a party. Don’t we have to show them some receipt for COVID?”

“We do not,” Loyd responded.

Both Johnson and District 5 Supervisor Ron Gould pointed out – and Loyd confirmed – that so far, the COVID-related cost to the county until now did not exceed $100,000.

Loyd explained the funds are calculated to potentially cover the cost of salary and benefits of public safety and public health staff from the beginning of the COVID-19 pandemic in March until the end of December.

In that case, Johnson said, money should be used to speed up the process in the county courts, he said.

“They postpone a lot of cases,” Johnson said. “And people deserve a speedy trial.”

He mentioned night court as a possibility to catch up with the backlog, and suggested an amount of $500,000 to improve the situation.

Hendrix said what looks too good to be true often is, and said the county staff is looking very carefully into details.

District 5 Supervisor Gould expressed his opinion that the money should be used to save the property taxpayers from inflation this year. He also spoke critically about the federal government releasing this money in the first place.

“The federal government creates money out of the thin air,” he said. “When you expand the money supply, you devalue the money in everybody’s bank accounts.”

That means that the value of the money in savings accounts drops, and the loose fiscal policy of the federal government will affect Gould’s children and grandchildren, he said.

“They are going to have to pay this debt,” he said, calling the action of the government unconstitutional.

He recommended passing this “no strings attached” money along to the taxpayers because they are the ones who suffer the most and fund the government in the first place.