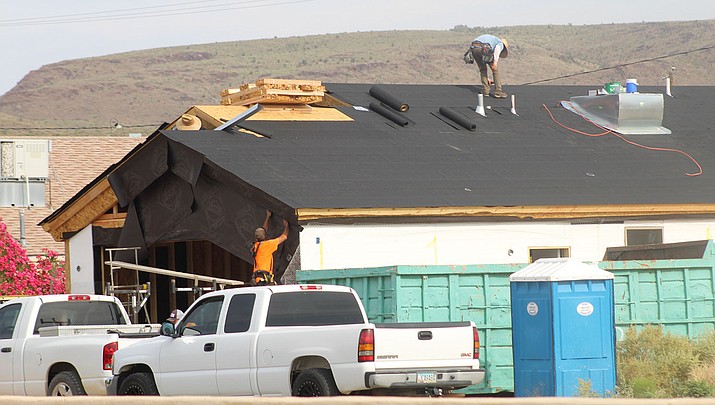 Due to the economic upheaval caused by the coronavirus pandemic, more than 1.6 million Arizonans are collecting some form of jobless benefits, according to the Arizona Department of Economic Security. (Miner file photo)

PHOENIX - More than 1.6 million Arizonans are now collecting some form of jobless benefits as the Arizona economy continues to skid and the number of people infected with COVID-19 continues to increase.

New figures from the state Department of Economic Security show that as of last week there were 234,089 individuals who were collecting under the state's regular unemployment insurance program.

But that pales in comparison with the more than 1.4 million who are getting paid under the federally created Pandemic Unemployment Assistance program. That is for those who do not qualify for regular state benefits, ranging from those who were self-employed and contractors -- people not considered part of the traditional labor state force of about 3.4 million -- to those whose pre-layoff wages do not qualify them for state program.

Potentially more alarming is that the number of Arizonans seeking jobless benefits is again on the rise.

DES says 28,522 individuals filed for first-time claims last week. That's up 17 percent from the week before.

And that figure, in turn, is more than 10 percent higher than the prior week.

The numbers still are far below what they were after Gov. Doug Ducey closed what he said were non-essential businesses and imposed a stay-at-home order when, in one week alone, more than 132,000 people filed for benefits.

"It's a different trend than the national trend which continues down,'' he said.

All this comes as Arizona set another new record Tuesday with 2,392 new cases of COVID-19 reported.

There also were a record 1,506 Arizonans hospitalized with positive or suspected cases of the virus and 502 COVID patients in intensive-care unit beds, also a record. And emergency room visits for those with the virus also hit a new high at 956.

"We anticipated increased cases in June based on various modeling,'' said gubernatorial press aide Patrick Ptak. And he said the state has worked to increase hospital capacity "to ensure every Arizonans has access to care, should they need it.''

But Ducey has taken the position that his decisions to reopen the Arizona economy have been correct. And he has refused to impose new rules or even allow local officials to impose restrictions of their own.

What's happening on the jobless front, Pollack said, is that the hit to the economy is now spreading out.

Initially the big losses were in the expected categories like hotels, bars, restaurants and certain administrative services. These are industries where the closure orders had a direct impact.

But he said any recovery there -- and there are indications of some hiring in those sectors -- comes as other sectors of the economy are just getting hit.

"It seems to me that what's going on are the ripple effects are finally hitting industries that are not as directly affected.

Pollack also cited the fact that there are 682,000 Arizonans who have applied for regular unemployment benefits since March 21.

He said some of those people may have since been called back. But Pollack said he won't know until the state announces its official monthly unemployment numbers.

The next report comes Thursday. But that will reflect the condition of the state economy for the second full week of May; what's happening now won't show up in the jobless stats until July 15.

Economist Lee McPheters of the W.P. Carey School of Business at Arizona State University, said there may be other factors at work in the increase in people filing for benefits. That includes the inability of those who were laid off to even get into the system which was never designed to handle this many claims.

"So there may be delays in processing earlier claims,'' he said.

But McPheters said he expects new claims to hover in the 20,000 range -- far above the pre-COVID levels of 3,500 a week -- through the rest of June and into July.

"There are high hopes for the third quarter in Arizona and at the national level,'' he said.

"But the unknown is the virus, which is the 'external shock' caveat that economists always put in their forecasts,'' McPheters continued. "I think there is more chance it gets worse rather than getting better.''

He said if things continue at this rate Arizona will erase all the job gains since 2016.

"And 2016 is the year when Arizona finally replaced all lost jobs from the Great Recession,'' McPheters said. "So, basically 2020 is going to look like 2007 when measured by total employment under that scenario.''

Part of the problem with tracking the numbers is the way DES keeps track of claims.

For example, DES cannot say how many of the 118,335 new claims for PUA are duplicative, consisting of people who had previously applied for regular unemployment benefits, been found ineligible, and were instead put into the PUA program, versus those who applied solely for PUA benefits.

Spokesman Brett Bezio said efforts are underway to identify the number of unique Arizonans who have applied.

A variation of that problem may also exist of people who are furloughed for one week a month. Bezio said when they again seek benefits the next time they are furloughed it is possible some of these are being counted as new applications.