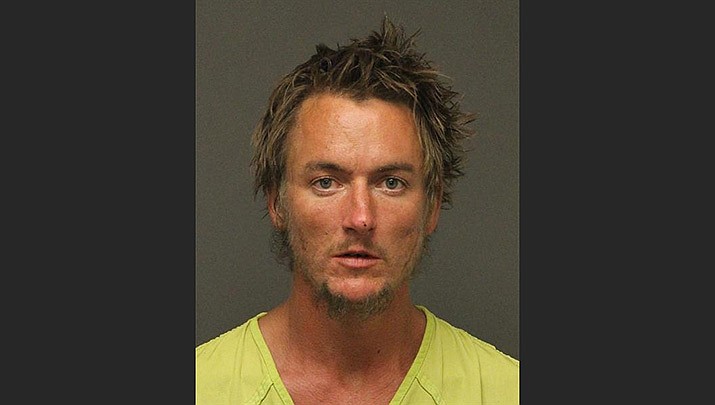 KINGMAN – Braxton Will Legg, 25, of Kingman, was arrested by the Kingman Police Department after officers responded to a 911 report of a male subject attempting to force entry into a motel room on Monday, June 22.

Officers responded to a motel in the 2000 block of Andy Devine Avenue regarding the 911 report of a male subject attempting to force entry into a room by striking the door with a chair. Officers arrived and located the subject, identified as Legg, walking away from the motel.

Legg, whom KPD said matched the description of the suspect, was detained and reportedly found to be in possession of methamphetamine and associated drug paraphernalia.

Law enforcement determined that Legg, who reportedly had caused disturbances at the motel before, was striking the victim’s door with a chair. The female victim, who was inside the room with a 9-year-old girl, did not know Legg.

KPD wrote in its news release that Legg is transient and appears to have behavioral challenges. Legg was arrested on suspicion of felony possession of dangerous drugs, possession of drug paraphernalia and misdemeanor disorderly conduct and criminal damage. He was booked into the Mohave County Adult Detention Facility.