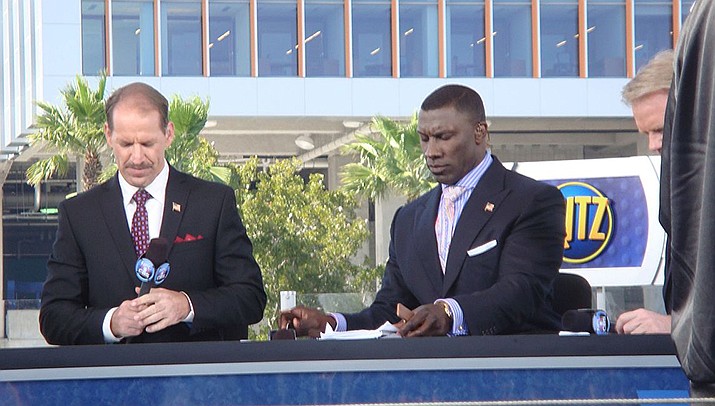 The NFL has canceled the 2020 Hall of Fame Game and induction ceremony due to coronavirus concerns. The honorees, including former Pittsburgh Steelers Coach Bill Cowher, above left, will be inducted next summer. (Photo by Santiago Bilinkis, cc-by-sa-2.0, https://bit.ly/2Ba7dKy)

CANTON, Ohio - The NFL has canceled the Hall of Fame game that traditionally opens the preseason and is delaying the 2020 induction ceremonies for a year because of the coronavirus pandemic.

The Aug. 6 game between Dallas and Pittsburgh is the first on-field event the league has canceled during the pandemic. It will be played on Aug. 5, 2021, with the same teams. Enshrinements for 20 men scheduled for this year now will occur on Aug. 7, 2021, with the 2021 inductees going into the Pro Football Hall of Fame the next day.

“This is the right decision for several reasons, first and foremost the health and welfare of our Gold Jackets, incoming centennial class of 2020 members, hall personnel and event volunteers,” said David Baker, the hall's CEO. “We also must consider the most appropriate way to fulfill the first tenet of our mission: To honor the heroes of the game. This decision meets that duty.”

“The delay is obviously disappointing but completely understandable,” Tagliabue told The Associated Press. “It’s always a great weekend especially for football fans and family, coaches, colleagues who’ve been critical in our successes. But a big part of the weekend is meeting, greeting, photos and signing autographs for the thousands of fans. Not something that I’d want to do in the coronavirus environment.”

The Hall of Fame, which opened in 1963, has never had two enshrinements in one weekend. It has had cancellations of the game, including in 2011 because of the league's lockout of the players, and in 2016, when the field at Tom Benson Hall of Fame Stadium was declared unplayable because of poor conditions.