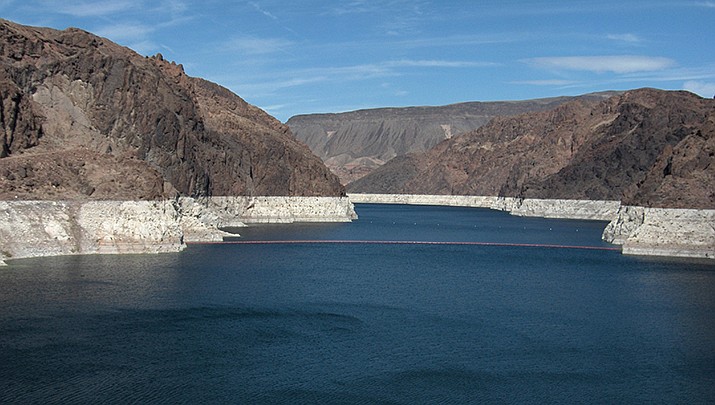 FLAGSTAFF, Ariz. - Arizona is getting a jump start on what will be a yearslong process to address a dwindling but key water source in the U.S. West.

Several states and Mexico rely on the Colorado River for drinking water and growing crops. But climate change, drought and demand have taken a toll on the river that no longer can deliver what was promised in the 1920s.

Arizona, New Mexico, Colorado, California, Utah, Wyoming and Nevada have been operating under a set of guidelines approved in 2007. Those guidelines and an overlapping drought contingency plan will expire in 2026.

Arizona water officials gathered Thursday to outline a plan for what comes next. Other states in the river basin have had more informal discussions.

“Hold on to your seats because the reconsultation will be technical and complicated, and it will take a long time,” said Ted Cooke, general manager of the Central Arizona Project, who is co-chairing Arizona's effort.

Meanwhile, the U.S. Bureau of Reclamation is reviewing the effectiveness of the 2007 guidelines that address shortages and surpluses of water, and efforts to conserve water in Lake Mead along the Nevada-Arizona border. A draft is expected in August, and a final report in December.

“It's prudent water management to review how well something has worked before determining what might replace it,” said Carly Jerla of the Bureau of Reclamation.

When those guidelines went into effect, the river had been in drought conditions for several years. It hasn't let up. A drought contingency plan approved by the Western states last year was meant as a stop-gap. It requires Arizona, Nevada and Mexico to prop up Lake Mead earlier than under the 2007 guidelines. It also looped in California for water cuts.

A Reclamation audit published last month found that water use in the Colorado River's lower basin dropped by more than 575,000 acre-feet from 2018 to 2019, a level not seen since 1986. That allowed Lake Mead and Lake Powell — key indicators of the river's health — to increase by several feet but both remain well below capacity.

Arizona is looking to build upon the work done on the drought contingency plan. The committee of about three dozen people that worked it helps develop what might replace the existing guidelines, focusing on how to sustain the river while meeting the state's water needs, officials said.

The committee again will be led by Cooke and Arizona Department of Water Resources director Tom Buschatzke. The river is governed by a series of interstate agreements, international treaties and court rulings — all of which the two said would guide the committee's work.

They ruled out marketing unused water within Arizona or sending it outside the state.

Two groups that will do modeling and analysis of the river and develop Arizona's strategy for negotiations with other states are expected to meet before a planned September committee meeting. Those on the strategy team will be required to sign confidentiality agreements.

Daryl Vigil, water administrator for the Jicarilla Apache Nation in New Mexico, said he would like to see all Arizona tribes represented on the committee. Buschatzke said that would become unwieldy.

“What do we do with renegotiation in Arizona? You just go back to what you know, which leaves out an incredible huge portion of people who have water rights in the basin and, of course, I'm talking about tribes,” Vigil said.

The Southern Nevada Water Authority said it has been accelerating conservation that will allow the state to be flexible in working through the next round of guidelines.

The upper basin states — Colorado, Utah, Wyoming and New Mexico — historically haven not used their full allocation of Colorado River water. Amy Haas, director of the Upper Colorado River Commission, said those states will be looking to address overuse in the lower basin, reliability in the forecast for lake levels and equity in the river operations.

“Lake Mead just does not recover because we're seeing overuse in the lower basin,” she said. “Again, more than 1 million acre-feet per annum, and that's a real problem.”