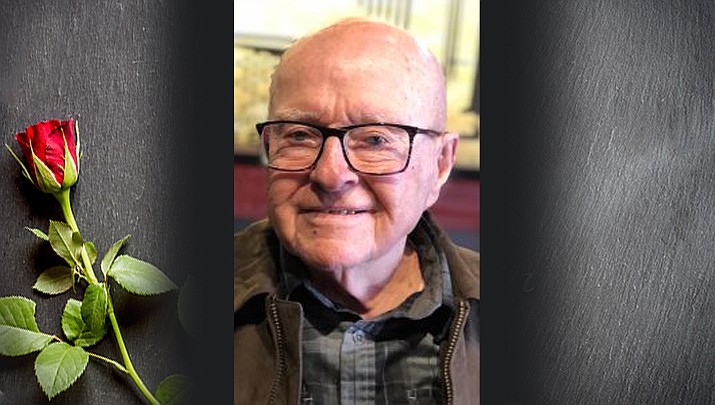 Funeral Services and interment will be held privately, for Thomas A. Ferraro, Jr. who died on Saturday, June 13, at his residence in Kingman, Arizona, following a brief illness. He just celebrated his 95th birthday on May 5.

Tom was born in Boston, raised and educated in Revere. He was an alumnus of Revere High School, Class of 1943. Tom enlisted in the United States Army during the height of the Second World War. He proudly served his country until March of 1946. His service brought him to battle overseas. He received Good Conduct medal, Asiatic Pacific Theater Campaign Ribbon, American Theater Campaign Ribbon and Victory Medal. After returning home, he enrolled at Boston College to further his education, earning a Bachelor of Science in Chemistry. Tom began a career as a chemist with the United States Army, at the Watertown Arsenal Army Base.

He worked there until retiring in 1980 at the age of 55. Tom was married to the love of his life, Yolanda “Viola” (Balzi) on June 25, 1950. He and his wife remained in Revere, where they raised their two children, Susan and Michael. Tom enjoyed this retirement with his wife, by spending summers and falls at their cottage on Mousam Lake, in Acton, Maine.

In 2015, he and his wife moved to Kingman, Arizona to be closer to their daughter. Tom enjoyed working with electronics and woodworking, but spending time with his loving family, that’s what mattered most in life.

In lieu of flowers remembrances may be made to St. Jude Children’s Research Hospitl, 501 St. Jude Place, Memphis, TN 38105.