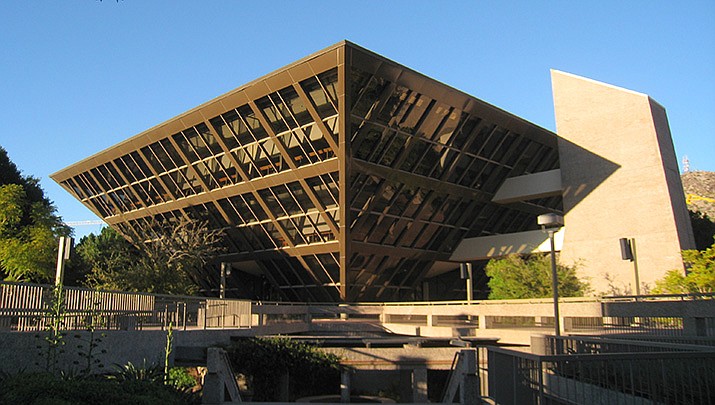 Tempe City Council on Thursday, June 25, approved a $2 million settlement with the family of a 14-year-old boy who was fatally shot in the back by a Tempe police officer. Tempe City Hall is shown above. (Public domain)

TEMPE - A Phoenix suburb has reached a $2 million settlement with the family of a 14-year-old Hispanic boy who was fatally shot in the back by a police officer as the youth ran away while holding a non-lethal pellet gun.

The Tempe City Council on Thursday approved the settlement in Officer Joseph Jaen's shooting of Antonio Arce. The shooting occurred January 2019 in an alley after the officer responded to a 911 call about a possible vehicle burglary.

“We know that the Arce family was left with the devastation of losing a son and a family member,” Mitchell said. “We understand this settlement from the city does not compensate your loss of Antonio, but we’re settling this with the Arce family because the city recognizes and acknowledges that Officer Jaen was outside police department policy and procedure and that his actions were wrong. We wish the Arce family peace as they continue to grieve.”

The teen's family in February filed a federal civil-rights lawsuit seeking unspecified damages, and the settlement was approved amid a national outcry against use of force by police.

The family’s attorney, Danny Ortega, said in a statement that the lawsuit was always about holding the Tempe Police Department accountable for the death.

“It is not uncommon for young Latinos and Blacks to die at the hands of law enforcement. As with other police shooting cases, the Arce family and the community are unjustifiably left in the dark for too long about whether there was an actual need to use excessive and ultimately deadly force," Ortega said.

The lawsuit said Jaen shot the youth though he did not present a threat and did not point the pellet gun at the officer.

Jaen, who resigned about four months after the shooting, was later granted an early disability retirement. He had worked for 17 years as an officer, 14 in Tempe and three in Bullhead City.

Jaen's attorney, attorney, Kathleen Wieneke, said in a statement provided to The Associated Press that the ex-officer, like Arce, was the son of an immigrant family and “mourns the loss of this young life, and hopes the quick resolution of the civil matter will bring some solace to his loved ones.”

The statement added: “”In the tense, uncertain, and rapid evolving circumstances in which officers must make split second judgments, they do so without the certainty of knowledge that 20/20 hindsight brings. While in no comparison to the family’s grief, former Officer Jaen will live with this day forever, which has left his soul wounded."

Maricopa County Attorney Allister Adel said Jan. 31 that Jaen would not be charged in the incident because prosecutors likely would not have won a conviction.

Adel said Jaen didn’t know when he fired his gun that the boy was 14. She also said the teen was believed to be armed and about to run out of the officer’s view. Police officials have said Jaen fired because he thought the gun was real and perceived an imminent threat.

“In those few split seconds, Officer Jaen believed that someone was fleeing the scene of a crime, that they were in possession of a handgun and holding it in a manner where the weapon could be easily discharged,” Adel said.

A separate internal investigation by Tempe police concluded that Jaen had violated the agency’s use-of-force policy.

Maricopa County Attorney Allister Adel said in January that discipline would have been recommended for Jaen had he not resigned.