Kingman woman arrested on suspicion of endangerment, other felonies 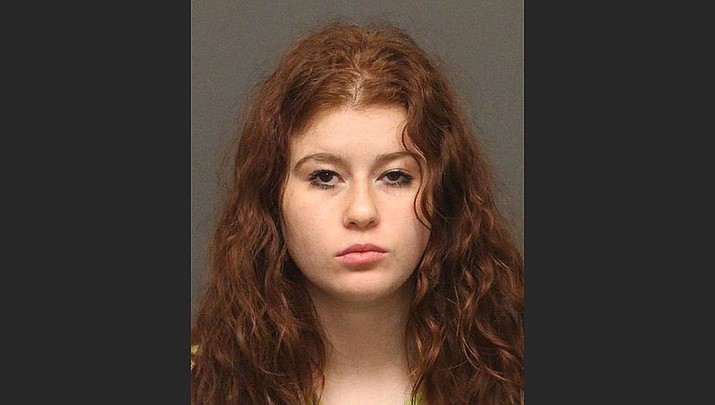 KINGMAN – Jaeden Paige Samson, 19, of Kingman, was arrested by the Mohave County Sheriff’s Office on Thursday, March 5 after she allegedly attempted to flee the area of a reported shoplifting, resulting in a vehicle collision in the area of Sierra Vista Avenue and Stardust Road.

At about 9 p.m., deputies responded to a vehicle collision. Upon arrival, deputies observed a Nissan truck on its roof in the intersection, and a Mazda sedan near the northwest corner of the intersection facing east.

Samson was reportedly identified as the driver of the Mazda, and had three juveniles in the vehicle at the time of the collision. Kingman Police Department previously reported a shoplifting from a store in the 3900 block of Stockton Hill Road, and that the Mazda was attempting to flee the area when it collided with the truck.

MCSO says a search of the vehicle revealed an open container of beer, which Samson reportedly admitted belonged to her. Law enforcement said an empty liquor bottle was found in the trunk as well. MCSO also says that Samson admitted a black bag containing four THC liquid cartridges belonged to her.