Kingman Movie Review: ‘Onward’ is ideal for those who like ‘feel-good’ movies 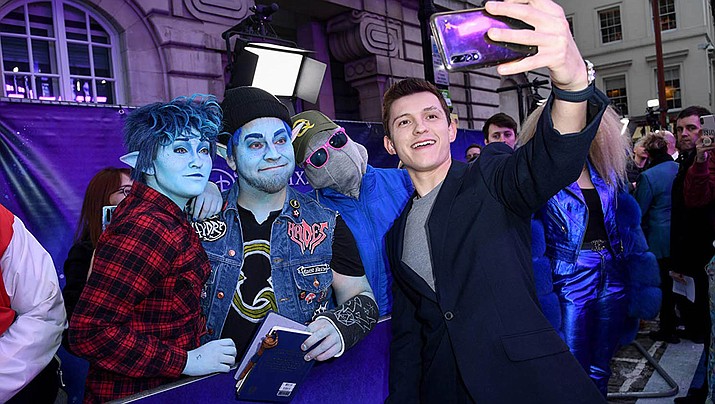 Tom Holland is shown at an event in advance of the release of the Pixar movie “Onward.” (IMDb photo)

"Onward" is not Pixar's best but it handles an emotionally mature topic and takes it from abstract to realistic. There are no memorable songs, quirky characters or riveting computer-animation, but the grounded, trope-defying plot is rare in mainstream animated films.

Ian never knew his father. Stricken with an illness, his father was taken too soon. Magic was also taken too soon when the magical creatures of their fanciful suburb slowly gave up their magic for technology over time. Fairies stopped flying, wizards stopped conjuring and warriors took day jobs. Ian's older brother, Barley, still believes in magic and vicariously practices through a board game. When the brothers open a gift from their dad that relies on their teamwork and belief in each other's abilities, they will have a chance to spend 24-hours with their dad and find their magic – together.

For family audiences, the messages are advanced and thought-provoking. The brothers learn to lean on the other's talents – or perceived lack of talent – as they chart around their town deciphering clues on their self-proclaimed quest. Ian learns that what he wanted all along was always with him – a role model who loved him.

For everyone else, the clues are easy to follow and the obstacles are imaginative but not nearly as crafty or emotional as "Up," "Toy Story" or any of the Pixar classics. The boys also drag their dad's lower-body around with a retractable dog leash which could be confusing or downright weird for younger viewers. The computer-animation is high quality but – aside from a dragon that's superbly crafted from a partially destroyed high school and street debris – it's all average and not very magical.

Family Audiences: 4 out of 5 Manticores

Feel-Good Audiences: 5 out of 5 Elves

Those Expecting Another Pixar Classic: 2 out of 5 Curses