Kingman Parks and Recreation postpones leagues, events due to COVID-19 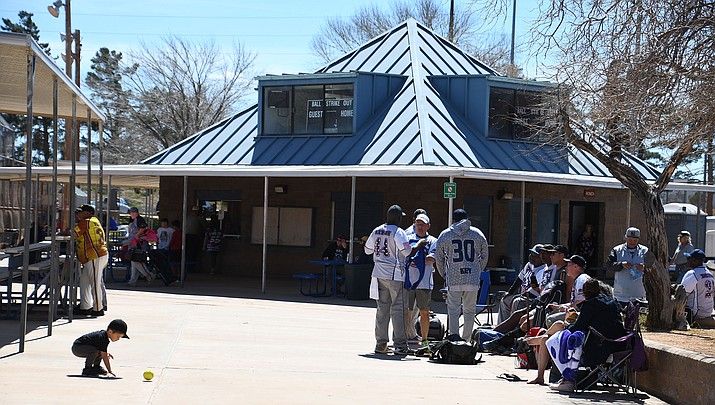 The City of Kingman Parks and Recreation Department has postponed a number of leagues and events, but Centennial Park, above, won't be affected. Neither will park space or Cerbat Cliffs Golf Course, both of which will remain open and on their regular schedules. (Miner file photo)

KINGMAN – The City of Kingman Parks and Recreation Department isn’t trying to strike fear into the community, but that doesn’t mean it won’t take the necessary steps to avoid the spread of the coronavirus (COVID-19).

To that aim, the city is delaying a number of local events.

“We have decided to postpone the adult kickball league, the adult basketball league, our youth dance programs, and then our various adult enrichment classes like quilting, jazzercise and other activities like that,” said Recreation Coordinator Ryan Fruhwirth.

However, residents shouldn’t overreact to this news as park space and Cerbat Cliffs Golf Course will both remain open and on their regular schedules.

“We were trying to emphasize the point that this was not intended to start a panic,” Fruhwirth said. “They are simple common sense measures that could be taken to protect our citizens and our employees.”

And it’s also worth noting that some local prep teams play softball and baseball at city-owned Centennial and Southside Parks. As of now, Parks and Recreation is waiting on word from the Arizona Interscholastic Association’s Executive Board, which meets at 9 a.m. Monday, March 16 in Phoenix, to determine if spring sports will continue.

“We spoke to the athletic directors from both high schools Friday and they both said they're waiting for guidance from the Arizona Interscholastic Association,” Fruhwirth said. “We should know more after that.”