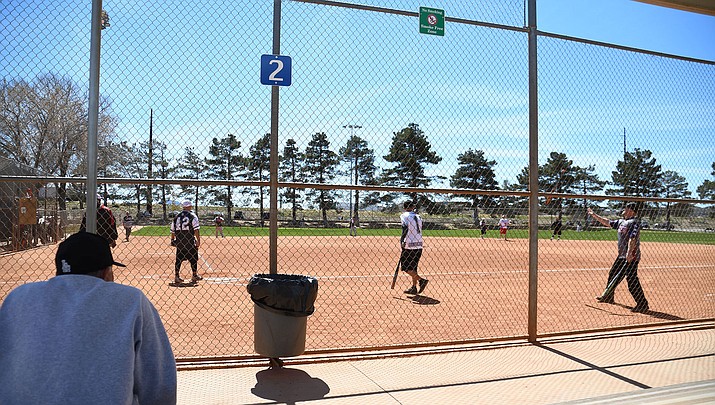 It’s almost time to play ball and the Kingman Softball Association is preparing for that with its annual open meeting at 6:30 p.m. Wednesday, March 18 at the Frontier Communications Building, 3405 Northern Ave. (Miner file photo)

KINGMAN – It’s that time of year again as the Kingman Softball Association is scheduled to hold its annual open meeting at 6:30 p.m. Wednesday, March 18 at the Frontier Communications Building, 3405 Northern Ave.

The agenda includes board member introductions as well as early sponsor sign-ups for $350 if paid by April 1.

The price increases to $400 after that or until the limit is reached, which is 42 mens teams and 48 co-ed teams.

Insurance won’t be provided by the league and team registration dates vary, with the first set for 2 p.m. Saturday, March 21 and the final one scheduled for 10 a.m. Saturday, April 4.

There is a mandatory coach’s meeting scheduled for each league at the crow’s nest at Centennial Park.

If a representative from your team is not present at the meeting, the league will place your team in whatever division they see fit.