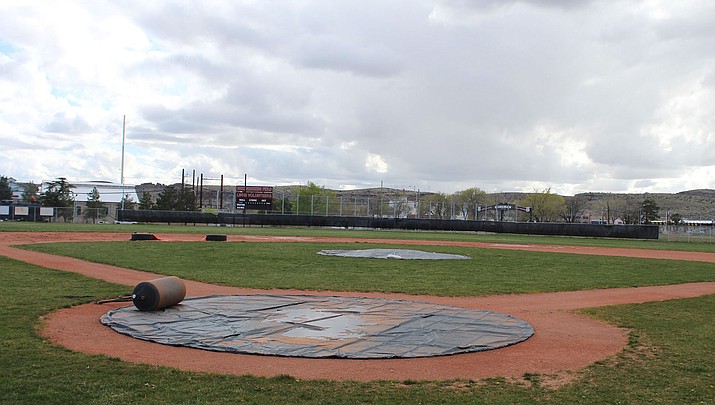 KINGMAN – Don’t put away your bats, mitts or baseball caps just yet.

The Arizona Interscholastic Association’s Executive Board has decided not to postpone or cancel the spring championship season due to COVID-19.

Instead, the AIA will follow the governor’s office and the state health department in suspending athletic events through Saturday, March 28.

“That’s the right play to do,” said Lee Williams High School Athletic Director Shane Murray. “No one wants to be the bad guy who brings the virus to the community, for sure. I still think that’s the right thing to do though. You don’t want to overreact or underreact. You want to do what’s right. Our seniors and our sports matter, but so does the health of our community.”

And the AIA is also stressing the importance of what matters most – education.

“Our first objective is to get students back into the classroom and then have them return to the athletic arenas when appropriate,” the AIA said in a statement released Monday. “As board members we will work diligently with our constituents to ensure a smooth transition back to school as usual.”

However, there is also the question of how teams can remain in shape without practice. The AIA mentioned in its statement that it will respect all decisions made by schools and school districts in regard to practices during this time of suspension.

“Our teams won’t practice this week,” said Kingman High School Athletic Director John Venenga. “Then we’re going to kind of see where we are at the end of the week and talk about next week.”

Murray said that will be the same plan for Lee Williams, but Kingman Academy High School will go in a different direction.

That information might be released sooner rather than later, but all athletic teams are in a holding pattern because of COVID-19.

“It’s definitely uncharted territory,” Perrine said. “You look to the future and you definitely feel bad for all the seniors that this could potentially impact. I was happy to see the AIA didn’t flat out cancel everything. It’s wait and see. I’m remaining optimistic, but everything I’m reading is saying a little different.”

That optimism is shared by a number of area coaches, but they also know this situation is out of their control.

“It is what is. It’s just something we have to deal with,” said Kingman softball coach Craig Lee. “As long as they’re taking precautions to keep the kids safe and make everything better for the community, I’m OK with that.”

But even with that said, the impact of COVID-19 extends far beyond suspended games. A number of seniors may not get to finish their career if the season is canceled.

“It’s sad for the boys,” said Academy baseball coach Bill McCord. “I have a large group of seniors and they’ve worked really hard to get to this season. For it to be halted right now, it’s sad and frustrating for them.”

However, McCord is emphasizing that the Tigers continue staying in shape during the brief hiatus.

Lee Williams baseball coach Patrick O’Boyle is also utilizing that strategy so athletes won’t forget skills or habits that they’ve developed up to this point.

But at the end of the day, the biggest takeaway is the fact the spring season has yet to be canceled.

Other states have already made that decision, but Arizona is holding onto hope that athletes will be back on the field in no time.

“A lot of people have kind of just said, ‘We’re not going to go ahead with the season.’ Right now we’re very lucky to where we haven’t had that happen,” O’Boyle said. “Obviously things may change and that’s something we can’t control. In the same regard, it definitely sheds to light that we can’t take things for granted.