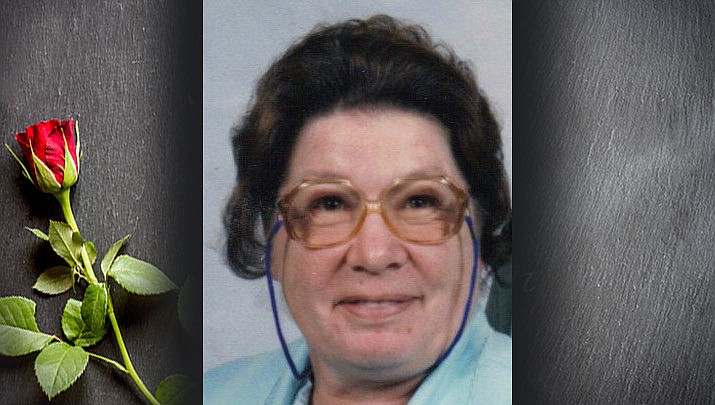 She is predeceased by her parents, Joseph and Emma Rosetta Porter; her husband, Eugene (Gene) Christie; and son-in-law, Mark Kalinowski.

Rose and Eugene moved to Oklahoma from England in 1970 where Rose worked from home as a babysitter and also raised their two daughters. Rose was an avid knitter and seamstress, knitting and sewing clothes for Gene, the girls and many others. Rose also loved to work in her flower garden and could bring a dying plant back to life. Rose and Gene moved to Arizona in 2004 shortly after Rose was diagnosed with Parkinson’s to be closer to at least one set of grandchildren and because we knew that when the time came they would both need assistance in their lives. Rose helped raise her grandchildren until her battle with Parkinson’s became too much for her and she ended up having to move into The Lingenfelter Center.

The family would like to thank Dr. Zegarra and the staff at The Lingenfelter Center for her care.

Memories unfold as we think of you,

A real mum through and through,

You suffered in silence every day,

An illness that would not go away,

But now you have no more pain,

For God’s loving arms have healed you again.