KRMC: COVID-19 test result ‘inconclusive’ for Kingman patient, who ‘will be managed as positive’ 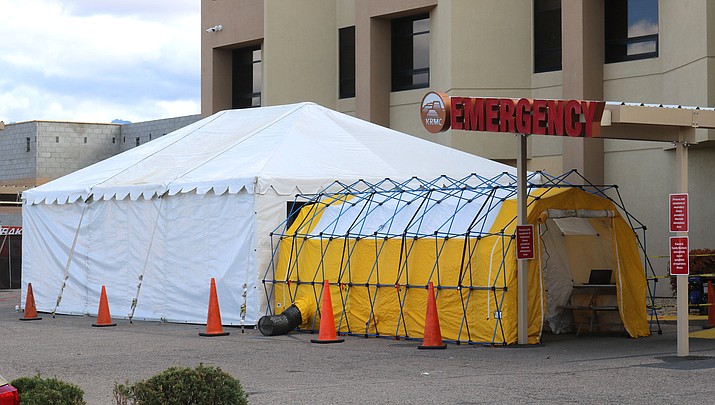 Kingman Regional Medical Center confirmed Wednesday, March 18, that the result of a coronavirus test administered to an emergency room patient has been ruled “inconclusive.” The patient has been advised to self-quarantine, and the case will be managed as positive until further testing determines conclusive results.” (Photo by Travis Rains/Kingman Miner)

“Medical providers recently took a swab sample from a patient with respiratory symptoms who came to the KRMC emergency room,” the press release reads. “The sample was subsequently sent to a reference laboratory for testing. The test results were returned today, which were inconclusive.”

This means that COVID-19 has not been ruled out, nor has it been confirmed definitively, KRMC stated.

“At this time, this is not a presumptive positive nor a confirmed positive. However, the patient has been advised to self-quarantine and the case should be managed as positive until further testing determines conclusive results,” the release continued.