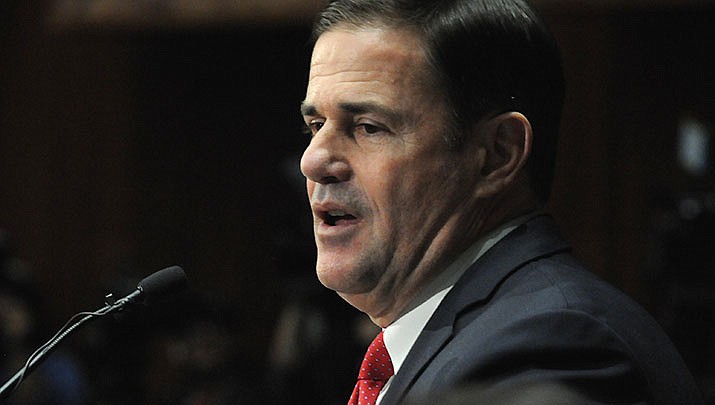 PHOENIX – Arizonans will have more time to file their taxes this year.

In an executive order, Gov. Doug Ducey set the deadline for filing income taxes this year to July 15. The move not only defers having to fill out the tax forms but also to pay anything still owed the state.

It also means there will be no interest or penalties for late payments.

The move is not a surprise. It comes on the heels of a similar announcement by Treasury Secretary Steven Mnuchin that the Internal Revenue Service moved its deadline due to disruptions caused by COVID-19.

What makes it more important here is that Arizona is a "piggy back'' state.

That means computations for the state income tax form begin with the federally adjusted gross income. And that makes preparing a state tax return difficult, if not impossible, without first completing the federal form.

For many Arizonans, the announcement will make no difference.

Ed Greenberg, spokesman for the state Department of Revenue, said more than 1.7 million individual income tax returns already have been filed with his agency. That's about 140,000 more than the same time last year.

It also represents close to half of the total returns the state expects to get.

There could be financial implications for the state for the delay.

Any returns filed by the new deadline will be in the new fiscal year. That means that money that was owed, which would have been paid by April 15 will not come in to balance the books for the current budget year.

But it also means that the state won't have to pay out money due in refunds until the next fiscal year.

One thing that won't change is the deadline for individuals to make donations to qualifying charities to be able to get dollar-for-dollar credits on income taxes owed. Those still have to be made by the April 15 deadline.