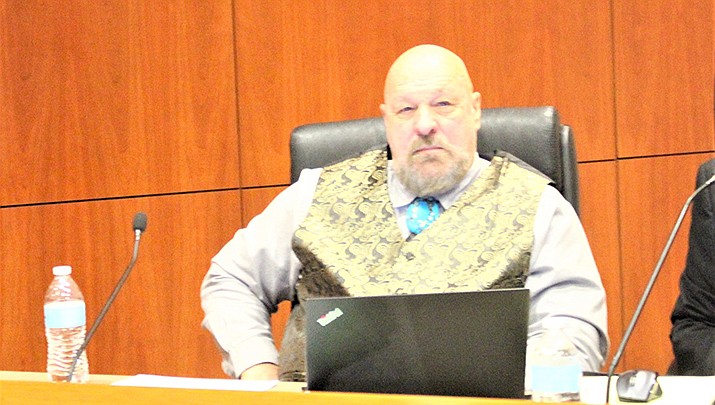 Mohave County Supervisor Buster Johnson is urging county residents to follow guidelines recommended by the Centers for Disease Control and Prevention for slowing the spread of COVID-19. (Miner file photo)

KINGMAN - Mohave County Supervisor Buster Johnson says the county is especially vulnerable as the coronavirus spreads throughout the nation.

He says a CDC report shows a map that includes Mohave County as one of the top four counties in the United States with more than a third of its population ages 60 and older, a very high vunerability index of .75 or more, and a population of at least 100,000.

“Our county is a prime target with the elderly majority population and also our vulnerable age groups who have underlying health issues such as diabetes,” Johnson said in a news release on Sunday, March 22. “I understand the CDC recommendations are a temporary inconvenience, but they are meant to save lives.”

Johnson warned that residents of Mohave County need to take seriously the recommendations from the Centers for Disease Control, which include so-called social-distancing measures. The CDC recommends 15 days of social distancing and for everyone to only leave their homes to take care of essential business.

“If we don’t start taking these recommendations seriously, we are going to have to do more drastic measures later and 15 days could end up being longer,” Johnson said. “We have already seen major cities like Las Vegas shut down. These steps are to save lives and I strongly urge residents to take this serious.”

As of Sunday afternoon, Mohave County did not have any confirmed cases of coronavirus according to the county public health department, but health officials says it’s likely the virus is already here because of a a lack of availability of testing kits in the area.

Johnson, who has sat in on calls with Governor Doug Ducey’s office last week, said the shortage of tests is a major issue for Arizona.

“Arizona is seeing a shortage of swabs needed for performing the tests,” Johnson stated. “The National Guard has brought supplies to Arizona this weekend and the State will be distributing supplies to county Health Departments within a few days. Hopefully by end of this week we will be able to begin testing more folks than we have now,” Johnson said.

Currently the limited number of tests are only being used on those who are showing “severe” symptoms.

He said Mohave County residents have seen a shortage of basic supplies like toilet paper and hand sanitizers due to coronavirus-related panic. Johnson requests that residents avoid buying more than they need.