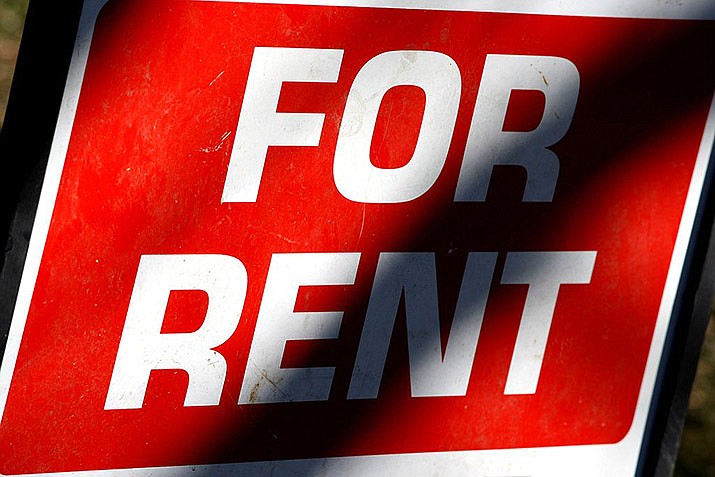 PHOENIX - Arizonans renters affected by COVID-19 will not be in danger of being put out on the street, at least through July 23.

But not everyone will be eligible.

Under Ducey's order, relief will be available to anyone who is required to be quarantined based on a diagnosis of COVID-19 or has been ordered to self-quarantine by a licensed medical professional based on their symptoms.

Evictions also can be avoided if someone else living there is diagnosed with the virus or if they have some condition "that makes them more at risk for COVID-19 than the average person.''

There also are financial triggers, with evictions precluded for anyone who suffers a "substantial loss of income'' linked to the virus, ranging from job loss, a cutback in wages, closure of their place of employment or an obligation to be absent from work to care for a home-bound school-age child.

The relief is not automatic.

Tenants must notify the property owner or landlord in writing and provide supporting documentation. And they also must acknowledge that they remain bound by the terms of the lease.

There are exceptions. The order does allow evictions if a judge determines that it is necessary "in the interest of justice'' or if a tenant is being evicted for lying on a lease agreement about everything from pets and employment to a criminal conviction.

Ducey's order is effective for 120 days, meaning tenants who are still in arrears on July 23 - the 121st day - would be subject to eviction. Press aide Patrick Ptak said there is the opportunity to "reevaluate'' it before that occurs.

The move comes just hours after mayors of five Arizona cities wrote to the governor urging such action.

"Arizona is already experiencing a high rate of evictions due to a high cost of living and COVID-19 is only going to exacerbate the issue,'' wrote the mayors of Tucson, Winslow, Flagstaff, Somerton and Tolleson. "While we appreciate the additional funding for housing assistance (included in the relief package approved Monday by the Legislature), we seek assurance that no Arizonans loses their home due to the economic hardship imposed by COVID-19.''

But the move is getting a skeptical response from the Arizona Multihousing Association, made up of landlords of multi-family units.

"We recognize that our residents are struggling right now,'' she continued. "We expect 20 to 30 percent unemployment here relatively soon.''

But LeVinus said it's not as simple as telling landlords they can't collect rents.

"This needs to be a comprehensive solution,'' she said. And that means recognizing that it's not just tenants that are affected by the pandemic.

"We also need support for residential building owners or we're simply shifting the burden from one group to another,'' LeVinus said.

In a prepared statement, the governor defended the move.

"Nobody should be forced out of their home because of COVID-19,'' he said.

"This order is about protecting public health and providing relief to families impacted by this virus, whether through sickness or economic hardship,'' the governor continued. "This is the right thing to do to support Arizona families during their time of need and prevent the spread of COVID-19.''

In a press release, aides to the governor also said there is precedent for what Ducey is doing, at least on a national level.

They cited the decision of the U.S. Department of Housing and Urban Development to suspend evictions for HUD-financed properties. And they said that the Federal Housing Finance Agency directed Fannie Mae and Freddie Mac, who purchase mortgages from lenders, to suspend foreclosure and evictions for at least 60 days due to the coronavirus national emergency.

Ptak provided no answer to questions of how landlords, deprived of rental income, will pay their day-to-day expenses. But he said landlords may be able to get some financial help, at least from what they owe on the properties.

"Our office is working with banks on options to provide mortgage relief,'' he said in a prepared statement.

"Many banks have taken action to do this already, such as Bank of America,'' Ptak continued. "They are letting customers request to defer payments on mortgages and issuing a forbearance on foreclosures.''

LeVinus said there already were moves to protect tenants even before Ducey's order.

She said the association board last week put out an email "encouraging'' landlords to work with residents on a case-by-case basis to deal with financial problems. LeVinus said that includes accepting partial payments, waiving late fees and set up payment plans.

And LeVinus pointed out that, even before Ducey's order, others already have taken action designed to preclude tenants from being tossed out.

She noted that all Pima County constables said they will not do further evictions "until we have received adequate guidance from the Pima County Health Department and the Arizona Supreme Court.

"We feel the gravity of this epidemic calls for immediate action to minimize infections in our state,'' they wrote. And, on a more practical level, they said they lack both the training and the ability to obtain necessary protective equipment to reduce transmission of the virus.

And justice courts in Maricopa County have delayed eviction hearings until at least early April.

LeVinus said her organization has not studied whether the governor has the legal power to do what he did.

Renters aside, the governor's office said the Arizona Department of Housing offers assistance to people struggling to make mortgage payments. They said the agency's Save Our Home AZ program allows them to seek a reduction in the amount owed, mortgage subsidy assistance for those who are unemployed or underemployed, and assistance in eliminating second liens on homes.