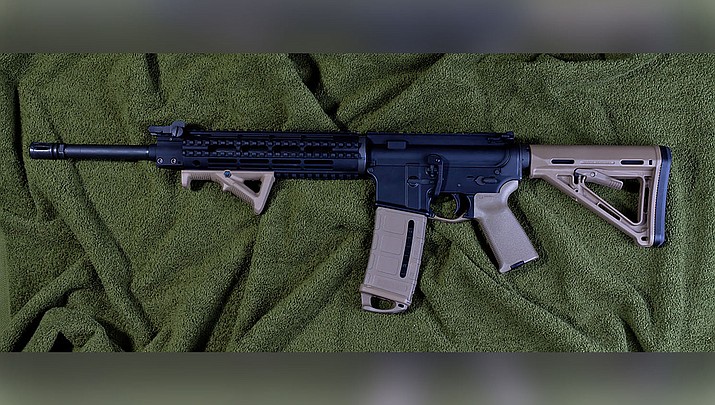 Sales of guns and ammunition are on the rise in the United States. The increase is attributed to the coronavirus outbreak. (Photo by Joe Cereghino, cc-by-sa-2.0, https://bit.ly/2vVeKdE)

BOISE, Idaho – The world's largest gun store, in metro Atlanta, has had lines that are six and eight people deep. A gun store in Los Angeles had lines that stretched down the block. And at least one store in Idaho put limits on sales after its shelves were nearly cleared out.

Just as grocery stores have been stripped bare by Americans panicked by coronavirus, guns and ammunition have started flying off the shelves. Retailers say the buying frenzy is being fueled by consumers who are worried that people are becoming so desperate and unpredictable, they need to ensure they can protect themselves.

“It's been insane,” said Jay Wallace, who owns Adventure Outdoors in Smyrna, Georgia, adding that his ammunition sales are up more than five times the usual numbers. “This is like a Rod Serling ‘Twilight Zone’ episode."

Sales spiked in a matter of days, industry experts say. Some of the purchases are made by people buying their first firearm. Others are existing gun owners adding to their collection or stocking up on ammunition after seeing grocery stores depleted, schools closed and big events canceled, including the National Rifle Association's annual meeting.

Also potentially driving the sales are concerns that elected officials may try to restrict access to firearms. A mayor in Illinois recently signed an executive order that would give her the right to ban the sale of guns or ammunition, as did the mayor of New Orleans.

Specific data on the size of the sales spike will not be available until next month. But already this year, background checks are up considerably over last year. According to data from the FBI, just over 5.5 million background checks were conducted in January and February combined.

At Sportsmen's Warehouse in Meridian, Idaho, some shelves holding handgun ammunition were nearly wiped out. The store posted signs telling customers that sales were limited to no more than two handguns per person each day and no more than one AR- or AK-platform rifles each day. It also placed limits on ammunition.

As recently as Friday, Retting Guns in Culver City, California, posted on its Facebook page that it had plenty of handguns and a decent supply of ammunition. But by the weekend, photographs showed lines extending out its doors and down the block. The store posted on its Facebook page that the staff was too busy to answer the phone or continue holding firearms safety certification classes.

Ed Turner, who owns Ed's Public Safety in Stockbridge, Georgia, said his shop was not seeing people “flailing their arms screaming it's the end of the world,” but sales were up five times the usual volume. “Worst day on the stock market since 1987 and shelves getting bare apparently have got everyone’s attention,” he said.

In the 27 years he's been in business, he said, “I've never seen it like this. ... This is self-preservation. This is panic. This is ‘I won’t be able to protect my family from the hordes and the walking dead."