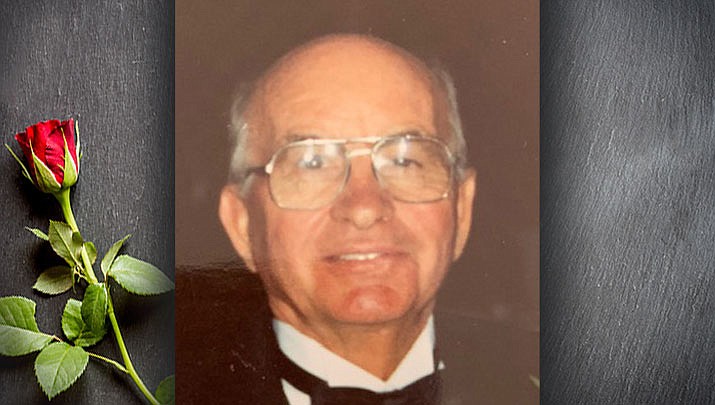 After a hard-fought battle with an aggressive cancer, Edward Eugene (Gene) Foster passed away on March 24, 2020 while at home with his loving wife and daughter. Gene was 90 years young. He leaves behind his wife, Shirley Foster; his daughter, Paula McCarthy, and her daughters, Casey Manganese and Jessica McCarthy; and Shirley’s daughter, Vicki Foust. Gene was preceded in death by his first wife, Pauline, and his son, Dale. Gene was born June 25, 1929 in Culp, Arkansas, to father Benjamin Foster and Linnie Marman-Foster. Gene grew up in a large family with 13 brothers and sisters. He is survived by two of his sisters, Ruth and Eunice.

Gene was a kind, funny and loving man who had great faith in the Lord. He enjoyed spending quality time with family and loved the outdoors, camping and fishing. He joined the Navy July 24, 1951 and proudly served for 9 years. One of the ships he was deployed on was the USS Saint Paul – 73. After his service in the Navy, Gene began his career with the Union Pacific Railroad, which he continued until his retirement. The family would especially like to thank the staff of KRMC Hospice for their compassionate, nurturing and extraordinary treatment.