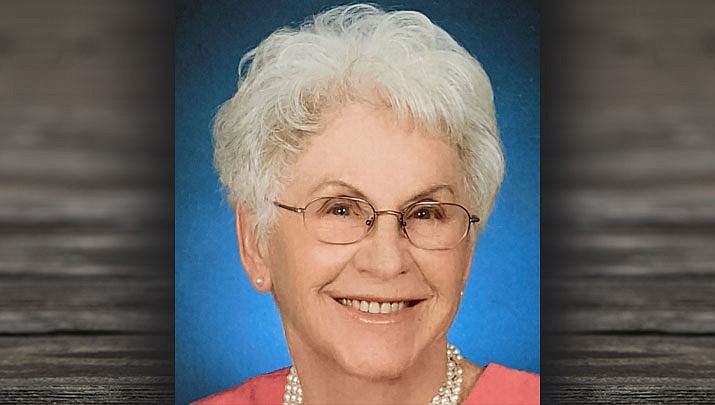 Alice was born on March 23, 1922, to James and Margaret (Biever) Winburn in Montezuma, IA and grew up in Washburn, IA, near Waterloo with her four sisters; Arlene Frost, Lorraine Radosevich, Olive Conway and Anna Mae Richter and two younger brothers; Jim (James) and Jack (John). Alice graduated from Sacred Heart High School in Waterloo, IA in 1940.

Alice soon left Iowa for Rockford, IL where hard-to-find depression-era work was available and where a new military installation was being built. There, she met another Iowan, Forrest “Bud” Longwell and the two soon became engaged. Not long afterward, Bud was drafted by the Army and Alice headed to Washington, DC to perform secretarial duties for the US Adjutant General Strategic Services, where their top secret mission was to recruit future spies culled from “the best of the best” of the Selective Service rolls. Alice said this was the most exiting job she ever had.

While in Washington DC, Alice learned Bud was being readied for war and had been assigned to General Patton’s Third Army, so she rode the train to Camp Chaffee, Arkansas where she and Bud married on October 8, 1942. The newlyweds moved to California for Bud’s WWII desert training for the 9th AIB of the Sixth Armored Division. Soon after, Alice moved back to Washburn as Bud was shipped to Europe as an Army infantryman.

Alice had her first child while her husband Bud was in the war theater, with five more children to come after the war ended. Sadly, Alice would lose three of her children; two died of Cystic fibrosis (Cheryl and Mike), and one daughter died shortly after birth (Mary).

Alice and Bud moved to Prescott, Arizona in 1954 with hope that the dry air would help their children. They then moved to Kingman in 1967, where they opened “Longwell Volkswagen” auto dealership, and Alice spent much of her time in volunteer service with her church of 50 years, St. Mary’s Catholic Church; Legion of Mary; The Altar Society, St. Vincent de Paul; the Kingman Food Bank and at nursing homes. At age 90, she organized a community-wide event, “Walk of Faith”.

She worked for the Mohave County Treasurer’s office for 10 years, and later with Lawyer’s Title as an escrow officer until her retirement, which was spent traveling, making art and spending time with her grandchildren. She was known for her quick-witted sense of humor that could bring a laugh to everyone.

In 2016, Alice was inducted into the Kingman “Women Making History” for Lifetime Service.

She moved to Bullhead City in 2016. Alice was deeply loved by her family and all who knew her.

Due to the COVID-19 pandemic, traditional church services cannot be performed at this time, and the family will be hosting a Celebration of Life at a later date.

She was preceded in death by her husband of 57 years; three children mentioned above; and her beloved grandson, Randy Salyer.

Survivors include her two daughters and one son; Victoria (Dan) Salyer of Bullhead City, AZ who cared for Alice during her final years; Valerie (Brad) Collins of Goshen, IN, and Charles (Becky) Longwell of Mesa, AZ. One brother, Jack Winburn of Cedar Falls, IA, also survives.