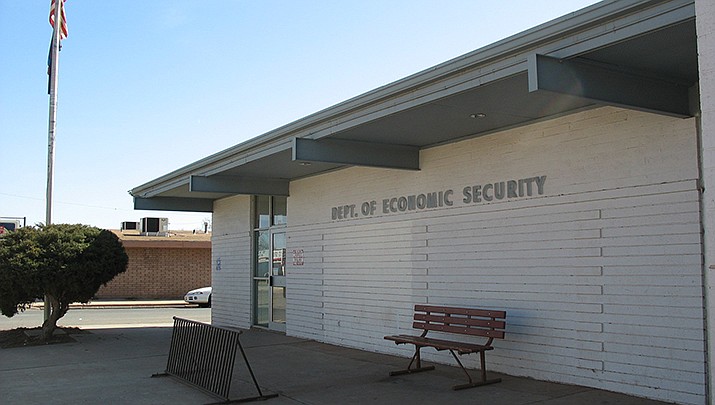 The Arizona Department of Economic Security is experiencing difficulties processing the surge of jobless claims stemming from the economic shutdown related to the coronavirus pandemic. (Photo by teofilo, cc-by-sa-2.0, https://bit.ly/2YKQyqd)

GLENDALE – Arizona’s social services agency continues to struggle to process a wave of unemployment claims that began when the coronavirus hit the state in mid-March.

The Department of Economic Security has hired hundreds of workers to staff phone banks and process the nearly 514,000 claims that have been received in the past seven weeks. Despite that, as of last week only 283,000 people were receiving the benefits.

That leaves out more than 230,000 residents, who are either stuck in a backlog, have been denied for various reasons or fall into a new category of people that Congress said in March could receive benefits. The state won’t start processing those claims until next week, more than six weeks after it became law.

J.D. Valenzano of San Tan Valley was one of those denied, but he keeps appealing the agency’s decision even as he has found a new job that will start in a couple of weeks.

The 19-year-old lost his job doing oil changes at a Chandler auto dealership on April 2. DES told him he was “monetarily ineligible” for benefits, likely because he hadn’t met rules that require a sufficient amount of earnings over several quarters.

Velenzano said his co-workers who earned what he did get benefits and his parents need him to work to help support himself. He lives with his working mother and disabled father. He may fall into the new special category, designed for people who are self-employed, gig workers such as those who drive for Uber or Lyft, those who have previously used up unemployment benefits or who only worked part-time.

But Arizona won’t start processing those claims until next week. The Department of Economic Security said it will use a new system run by a private vendor, Geographic Solutions Inc., for those claims. Payments for payments eligible claimants should go out that week, and DES said it will notify those who can reapply.

The agency said its existing system couldn’t handle the requirements of the new benefit group.

The delays come as the U.S. Labor Department reported Friday that the national unemployment rate hit 14.7% in April, the highest rate since the Great Depression. In February, the the unemployment rate was at a 50-year low of just 3.5%. Nearly 33.5 million Americans have lost their jobs and applied for unemployment benefits in the past 7 weeks — a stunning record high that reflects the near-complete shutdown of the U.S. economy.

An interview request with DES Director Tom Betlach to ask about delays and issues getting payments out was denied. The agency also didn’t respond to a request for information on the backlog, denied cases, and other basic issues.

It provided a statement that laid out its efforts to boost hiring, noting that prior to the outbreak it had 120 staff handling unemployment claims and now has 430. It is hiring another 200 workers to handle the load.

And the agency said it worked hard to set up a system to process the new category of people who previously could not get unemployment, called Pandemic Unemployment Assistance. The statement said it’s workers were “working day and night to implement the new PUA system and provide applicants with the benefits to which they are entitled.”

That hasn’t helped Valenzano, who said he has filed six appeals but gotten no new information. He was unaware of the new eligibility program until a reporter told him about it. And he’s starting to get worried.

“I am, honestly,” he said. “Nobody knows if this can get worse again – if that happens I’m going to being more in a panic. I still have to make car payments.”