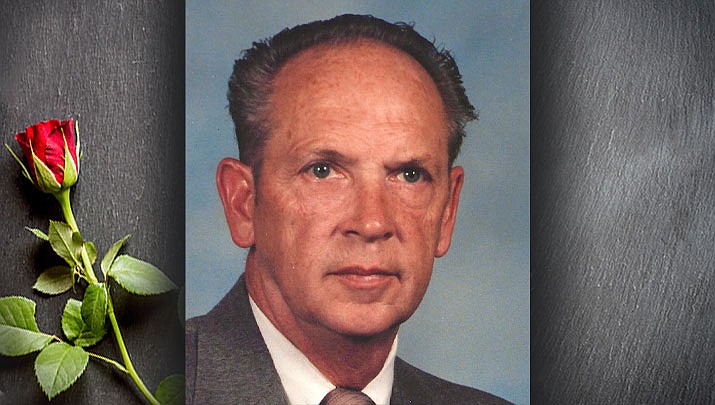 Johnnie (John) Connor Ashworth, age 87, of Golden Valley, Arizona, went to be with his Lord on May 10, 2020. John was born in Stonega, Virginia. He retired from a successful career in Aeronautics as a Government Inspector. John loved the desert and moved with his wife from Southern California in July 2000. John was known to be a generous man and enjoyed helping people in any way he could. John was a devoted Christian, husband, father, grandfather, brother, and friend. John, the oldest of nine children, was preceded in death by his siblings, Doyle Richardson, Buddy Henley and Betty Birchfied. John is survived by his wife of 66 years, Mariada; daughter, Wanda (Leonard) Davis of Eden Prairie, Minnesota; granddaughter, Kelly Davis of Chapel Hill, North Carolina; and siblings, Dorothy Shanks, Connie Jones, Donnie, Jackie and Barney Henley.

A celebration of life will be scheduled at a later date.

Thoughts and condolences may be sent to John’s family at www.mohavememorial.com. Arrangements were placed in the care of Mohave Memorial Lake Havasu Mortuary.