Arizona House votes not to join Senate in adjourning 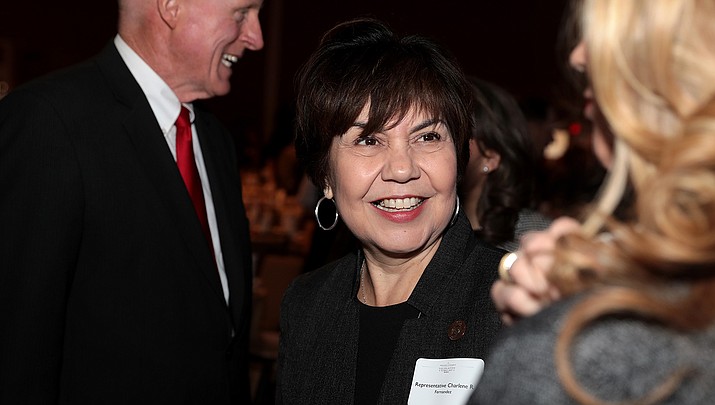 PHOENIX - Republicans in the Arizona House voted Tuesday not to join the Senate in ending the the 2020 legislative session, vowing to press ahead with legislation that had been in the pipeline before lawmakers paused the session in March amid concerns about the coronavirus.

Democrats pushed to adjourn, saying lawmakers should reconvene in a special session and risk their health only for legislation related to COVID-19 and the economic fallout. Their effort failed in a 31-29 party-line vote.

“If we are going to risk lives by being here, it should be for legislation related to the crisis, which by the way is still happening,” said Rep. Charlene Fernandez of Yuma, the Democratic leader.

Republicans said there are important issues that lawmakers can address immediately, and some suggested Democratic objections are based in unjustified fears.

Republican Rep. John Fillmore said Gov. Doug Ducey was given “bad information” when he told people to stay home, and people don't need to be afraid.

“We have unfulfilled business in the Legislature,” Fillmore said. “The Senate can cower and run. I do not abide by their decision. I do not believe it is correct ... But the House of Representatives is of a higher notch.”

The Senate has voted earlier this month to adjourn but can’t formally end the session without the concurrence of the House. Senate President Karen Fann, R-Prescott, said she's open to considering a handful of House measures related to COVID-19. Until the House votes to adjourn, the Senate remains technically in recess.

Lawmakers expect to return in a special session that could be called by the governor in the coming months to deal with virus-related issues. They would include dealing with the effects on the state spending plan for the budget year beginning July 1 that passed in March. Democrats said a special session is a better venue to address the pandemic because lawmakers can't get sidetracked by unrelated issues.

All Democrats and a handful of Republicans wore masks. Democratic Reps. Mitzi Epstein and Athena Salman protested that Republicans who kept their faces uncovered were endangering other lawmakers and their families. Health authorities have advised people to wear masks in public to limit the spread of the coronavirus in respiratory droplets that are emitted people people cough or sneeze.

“There’s a party of trust and there's a party of fear, and the public can see that,” said House Speaker Rusty Bowers, a Mesa Republican.

The House is scheduled to hold committee hearings this week and vote on bills that have already passed the Senate and a few measures related to the pandemic.

A top priority is enacting a measure that would shield businesses that reopen from lawsuits, protecting them from being financially responsible if workers or members of the public are infected, unless they are grossly negligent. Republicans, who control both chambers of the Legislature, and the governor say those protections are needed to prevent frivolous lawsuits that could damage businesses.

But the bill also removes criminal penalties for businesses that ignore emergency virus orders Ducey has issued. And it bars the state from suspending or revoking business licenses for violations.

Violations of the orders, most of which have been allowed to expire, are a misdemeanor and carry a potential six-month jail term and a $5,000 fine. Bars are the only major businesses still under shut-down orders.

House Republicans have also introduced legislation that allocated $88 million in funding from the massive federal CARES Act to child care centers. Use of the federal money requires legislative approval. The bill released Tuesday would give $85 million to the state social services agency to send to child care centers. Another $3 million goes to waiving licensing fees for those centers this year.

Rep. Michelle Udall told fellow Republicans that $10 million will go to “enrichment centers” that have been providing care for children of essential workers and the rest to other child care centers.

“In order for people to get back to work it’s essential that they have somewhere for their children to go,” Udall said.

The money is to be made available in forgivable loans.