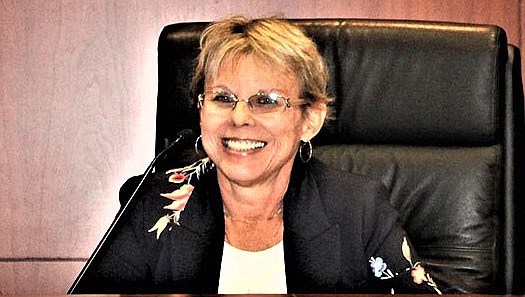 KINGMAN – A lack of testing capability again prompted a robust exchange between the Mohave County Board of Supervisors and the county’s Department of Public Health – director Denise Burley, epidemiologist Anna Scherzer and temporary epidemiologist Mary Schumacher – that took place on Thursday, May 21.

Burley said she doesn’t know about any upcoming events. She said she followed up with Sonora Quest, the organizer of previous events, and the lab doesn’t have any scheduled events for Mohave County.

“The hospitals have the testing supplies that they need for their staff, like those who test the first responders, for their admits and for their surgeries,” Burley said. “But there are no plans to move forward with the community-level testing.”

While tests to see if an individual has the virus aren’t available to all, Kingman Regional Medical Center is offering the public free antibody tests, which determine if the individual previously had the virus, at krmc.zipnosis.com.

Angius asked why probable COVID-19 deaths are not being tested, especially when testing blitz events allow people to get tested “for the sake of getting tested.”

Burley said the test supply chain is limited for the hospitals. “They continue to struggle to find those testing supplies,” Burley said.

“Do we help them with that,” Angius asked.

“When we can, but we are also on a limited basis,” Burley said.

Johnson again mentioned people that had been sent away “by the hundreds” from the hospitals and told to self-quarantine and were not tested. That skews Mohave County’s statistics, Johnson said, just like the results of the testing blitz events that were conducted without any standards, symptoms or no symptoms.

But Burley defended the statewide testing blitz. “It provided a snap shot in time,” she said.

Johnson said test supply shortages in hospitals bother him, and in the context of testing blitz events, it seems that testing supplies don’t go where they’re needed most.

“Hospitals are expecting testing shortages because they test everyone before their elective surgeries,” Johnson said. “They are hoarding those tests. Now we are going to see even more people being sent home to self-quarantine without being tested.”

Burley said Johnson has a point and the hospitals have testing supplies for their internal needs only. She said in terms of her department, they use the rapid test machine and some additional testing kits that arrived to test in long-term care facilities exclusively.

Johnson noted the rapid tests are being questioned now because of a high number of false negatives. Burley said negative cases are being tested again via the Arizona Department of Health Services.