Kingman man arrested on suspicion of sexual exploitation of a minor 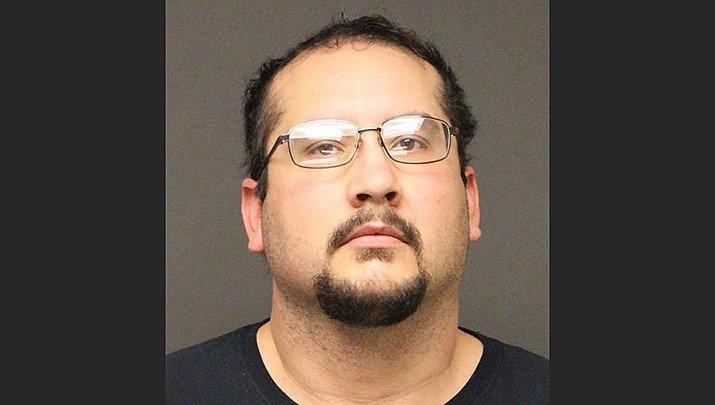 KINGMAN – David Joseph Cruz, 40, of Kingman, was arrested by the Mohave County Sheriff’s Office on Monday, Nov. 2 under suspicion of sexual exploitation of a minor and related felonies.

The sheriff’s office wrote in a news release that the arrest stemmed from a joint investigation with the Benton County Sheriff’s Office in Arkansas. Detectives with MCSO assumed the investigation due to Cruz living in the agency’s jurisdiction.

According to MCSO, Cruz met the 16-year-old victim from Arkansas through social media, which resulted in a year-long relationship. Cruz is alleged to have requested and received nude photos and videos of the victim during their relationship, with the two communicating through video chat, phone calls and text messages.

Following his arrest, a search warrant was executed at Cruz’s residence, where electronic devices were seized. Those devices will be analyzed for additional evidence, the sheriff’s office wrote.

“MCSO is an active member of the Internet Crimes Against Children Task Force and reminds parents to monitor their children’s social media usage,” MCSO wrote. “The internet can be a wonderful tool, but it can also be a path for offenders to gain access to your children. It is recommended that parents limit their child’s social media presence, as well as maintain constant communication about the hazards of communicating with anyone online.”