Kingman City Council to weigh in on annexation of Phase 2 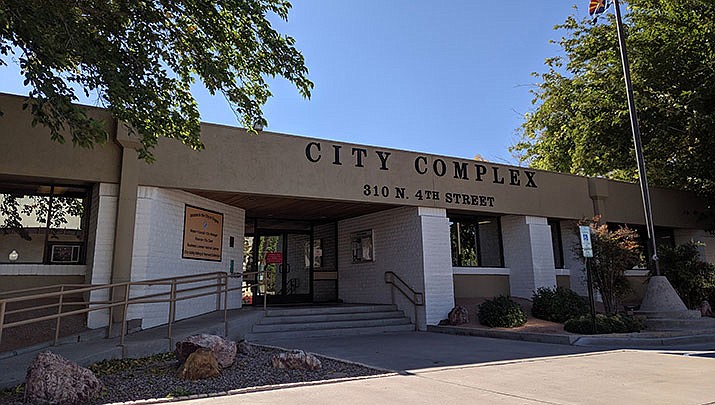 Kingman City Council is set to consider annexation of the approximately 1,800 acres in Phase 2 at the Kingman Airport and Industrial Park at its meeting set for 5 p.m. Tuesday, Nov. 17 in council chambers, 310 N. Fourth St. (Miner file photo)

KINGMAN – Kingman City Council is set to consider annexation of the approximately 1,800 acres in Phase 2 at the Kingman Airport and Industrial Park at its meeting set for 5 p.m. Tuesday, Nov. 17 in council chambers, 310 N. Fourth St.

Having received a report in October on what the annexation of Phase 2 at the airport and industrial park would look like and mean for the city, council is set to weigh in on the matter. However, according to the agenda, staff recommends that council not move forward with annexation until revenue sources or cost savings have been identified.

Tuesday’s meeting will open with a number of proclamations, including those in recognition of the 25th anniversary of The Kingman Quilters Group, Small Business Saturday and National American Indian Heritage Month.

Council could give the Kingman Fire Department and the Northern Arizona Consolidated Fire District approval to purchase communications equipment through the utilization of a FEMA grant. For KFD, the grant amount is $18,835 with a 10% match by the city, or $1,833. For NACFD, those figures are $138,055 and $13,805, respectively.

Additional matters relating to KFD include the potential purchase of cardiac/defibrillator monitors for approximately $25,500, and a change to the funding for the remodel of Fire Station 22. As the current facility has been found to have water damage, and is in need of additional improvements not previously identified, the price tag for the project has increased by $50,000. The contract with T.R. Orr will be increased by $17,138, while $32,862 will be allocated for additional improvements through multiple contractors.

Council could also approve grant awards for the Kingman Police Department. KPD has been awarded a Bureau of Justice Assistance grant through the Patrick Leahy Vest Partnership solicitation program for $8,800. The department has also been awarded $1,000 from the Governor’s Office of Highway Safety for continued enforcement programs dealing with safety belt and child restraint laws.

Councilmembers are also set to consider approval of a new, four-court pickle ball complex at Centennial Park. General Acrylics, Inc. has submitted a construction proposal of $65,305. The agenda notes that $75,000 was set aside for the project.

Council will also consider a request for an improvement district that would see the installation of curbs, gutters and sidewalks in the Southern Vista Tract subdivision, mostly encompassing two blocks on Southern Vista Drive between North Central Street and Steamboat Drive. There are a total of 31 lots in the proposed district.

The city has been working with KDP Manager, LLC to complete a development agreement for the construction of the Rancho Santa Fe traffic interchange, Rancho Santa Fe Parkway, connector roads and supporting infrastructure. That agreement will be reviewed by council on Tuesday and could receive approval.

A 2021 state legislative preview, and reports on municipal rules regarding recreational marijuana and the adoption of 2018 building codes, will be addressed during department reports.