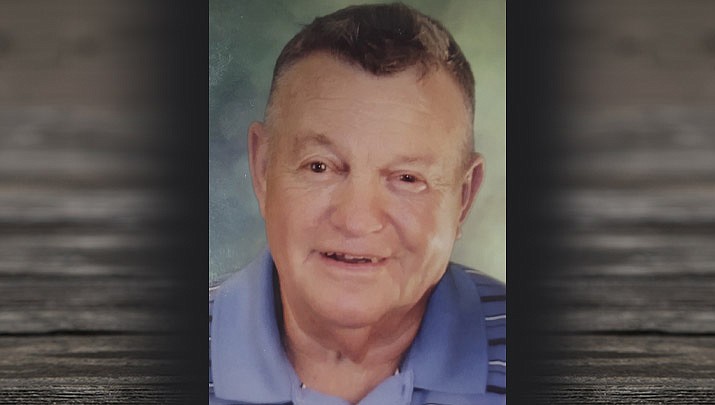 James “Jim” Carlson, 84, of Kingman, Arizona passed away Nov. 6, 2020 peacefully at his home. Jim was born May 31, 1936 in Kane, Pennsylvania and moved to Sunnyslope, Arizona in 1954 with his mother, Virginia, and father, Evan Carlson, along with his two brothers and two sisters.

He graduated from Sunnyslope High School in 1955 and then attended business school. In 1959 Jim moved to Kingman, Arizona. He married the love of his life, Marjorie Ann Carlson (Brock) on Aug. 10, 1960, they were married for 51 years.

Jim retired as the District Director Commission of Agriculture with the state of Arizona, where he worked at the port of entries in Kingman and Topock. He then went on to own and operate both Dairy Queens in Kingman with his wife.

Jim put a smile on everyone’s face; he always had a good joke to tell. He was known for his love of sports and was very active in the community for many years. He coached Pop Warner football, boys minor league baseball, girls T-ball and women’s softball. He enjoyed hunting, fishing and off-roading.

To honor Jim’s wishes a private family gathering will be held at his favorite location.