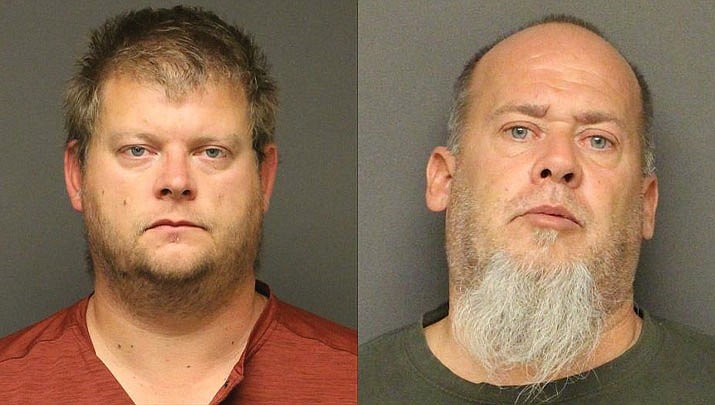 KINGMAN – Christopher Albert Eash, 46, and Joshua Paul Stone, 34, both of Las Vegas, have been arrested by the Mohave County Sheriff’s Office in connection with a missing person turned homicide investigation.

MCSO wrote in a news release that a missing person investigation began Nov. 12 in regards to Jeffrey Earl Bushaw, 45, of Las Vegas. On Sunday, Nov. 22, a deceased male subject with an apparent gunshot wound to the head was located in a remote desert area near Greg’s Hideout outside of Meadview. The subject was identified as Bushaw by clothing and the contents of his wallet.

According to MCSO, the victim and Eash were mining partners who lived at a temporary residence in the area. The investigation is ongoing, and an alleged motive is currently unclear.