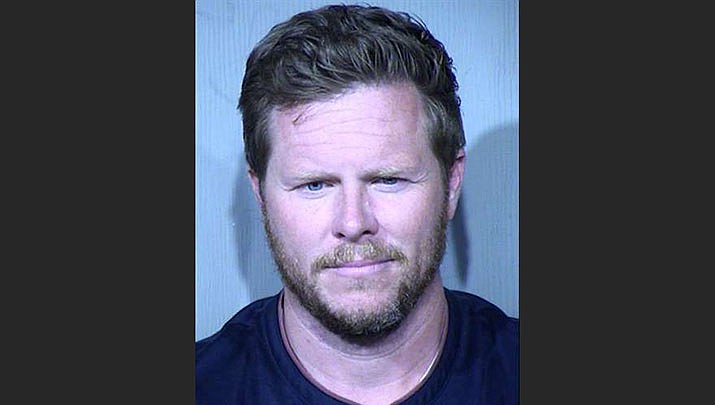 PHOENIX – U.S. prosecutors in Arkansas will seek a 10-year prison sentence for a former Arizona politician who acknowledged running an illegal adoption scheme in three states involving women from the Marshall Islands.

Petersen, a Republican who served as metro Phoenix’s assessor for six years and also worked as an adoption attorney, was accused of running a scheme in which birth mothers had their passports taken to keep them from leaving the United States and were threatened with arrest if they tried to back out of adoptions. They were poor, didn’t speak English and were living 6,000 miles from home, prosecutors said.

“These circumstances prevented their escape as securely as if they were chained to a wall,” prosecutors wrote, noting four birth mothers expressed doubts about their adoptions but went forward with them anyway because the women weren’t allowed to return home.

Birth mothers were paid far less than promised, and the money Petersen made helped pay for his lavish lifestyle, including expensive trips, luxury cars and multiple residences, prosecutors said.

Authorities say Petersen illegally paid women from the Pacific island nation to come to the United States to give up their babies in at least 70 adoptions cases in Arizona, Utah and Arkansas over three years. A compact has prohibited citizens of the Marshall Islands from traveling to the U.S. for adoption purposes since 2003.

Petersen is scheduled to be sentenced Dec. 1 in Arkansas for his federal conviction for conspiring to commit human smuggling. He also faces sentencings in January for related convictions in Arizona and Utah.

In Arizona, prosecutors are seeking an 18-year prison term for fraud convictions for submitting false applications to Arizona’s Medicaid system for the mothers to receive state-funded health coverage – even though he knew they didn’t live in the state – and for providing documents to a county juvenile court that contained false information.

Prosecutors and defense lawyers have an agreement for the former assessor to serve all three sentences at once.

While Petersen previously proclaimed his innocence, he acknowledged in a letter to the Arkansas judge that he had violated the law and was prepared to pay his debt to society.

“Unfortunately, I crossed that line and must accept the consequences of my actions,” Petersen wrote, apologizing to any mother whom he treated poorly.

Still, he claimed to have carried out hundreds of legal adoptions after finding a niche locating homes for vulnerable children from the Marshall Islands and helping needy mothers who wanted a more stable family life for their children. Petersen also said he was ashamed, as a fiscal conservative, for sticking Arizona taxpayers with the labor and delivery costs. He has since paid back $670,000 in those costs to the state.

His plea in court papers for leniency was accompanied by letters of support from some adoptive families.

Earlier in his life, Petersen, who is a member of The Church of Jesus Christs of Latter-day Saints, had completed a proselytizing mission in the Marshall Islands, a collection of atolls and islands in the eastern Pacific.