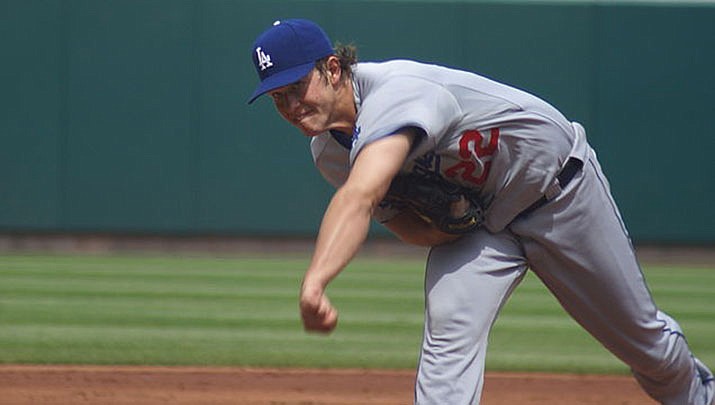 ATLANTA - Ian Anderson dazzled in another shutout performance for Atlanta, and the Braves won a playoff series for the first time in almost two decades by sweeping the light-hitting Cincinnati Reds with a 5-0 victory Thursday.

Ronald Acuña Jr. had three hits for the NL East champions, including a run-scoring double in the fifth. After winning Wednesday’s series opener 1-0 in 13 innings, Atlanta broke open Game 2 on two-run homers by Marcell Ozuna and Adam Duvall off Raisel Iglesias in the eighth.

Anderson struck out nine in six innings as the Braves snapped their record-tying string of losses in 10 consecutive postseason rounds since their last playoff series win in 2001. Atlanta will face Miami or the Chicago Cubs in the NL Division Series in Houston.

The 22-year-old Anderson allowed two hits and walked two in his playoff debut after six regular-season starts. Will Smith, Chris Martin and Mark Melancon each threw one perfect inning.

Cincinnati wasted a solid performance by Luis Castillo, who struck out seven in 5 1/3 innings in his first postseason start.

The Reds were shut out in consecutive postseason games for the first time. The 22 innings without a run is the longest postseason scoreless streak in franchise history.

The eight-time West champion Dodgers advanced to the NL Division Series in Arlington, Texas, and will play either the St. Louis Cardinals or San Diego Padres, who meet in a deciding Game 3 on Friday.

Kershaw’s strikeouts were a playoff career high and the most by a Dodgers pitcher in the postseason since his mentor Sandy Koufax had 15 in Game 1 of the 1963 World Series against the Yankees.

Kershaw, who issued one walk, had his way with the beleaguered Brewers, giving up singles to Jedd Gyorko, Urias and Keston Hiura.

Brandon Woodruff and Kershaw dueled through four innings. Woodruff allowed three runs and five hits in 4 2/3 innings. He struck out nine against no walks.

Brusdar Graterol pitched the ninth to earn the save for the Dodgers.

The AL West champions lost the opener, then won on consecutive days and advanced to a Division Series against the rival Houston Astros starting Monday in Los Angeles. The winner of that matchup faces the New York Yankees or Tampa Bay for a spot in the World Series.

Sean Murphy hit a two-run homer in the fourth against Codi Heuer.

Oakland stopped a nine-game losing streak in winner-take-all postseason games, a major league record that dated to the 1973 World Series. The A’s had lost six straight playoff series since sweeping Minnesota in the 2006 Division Series.

Luis Robert homered leading off the second then later added an RBI single for the White Sox. Loser Evan Marshall walked the bases loaded with a second straight free pass with two outs in the fifth to Marcus Semien before Pinder singled.

Game 3 will be Friday.

Tatis and Myers are the second teammates in postseason history with multiple homers in the same game, joining Babe Ruth and Lou Gehrig of the New York Yankees in Game 3 of the 1932 World Series.

Myers hit a go-ahead leadoff shot in the seventh off losing pitcher Daniel Ponce de Leon and a two-run homer in the eighth.

Emilio Pagán got the win. Trevor Rosenthal pitched the ninth for the save.