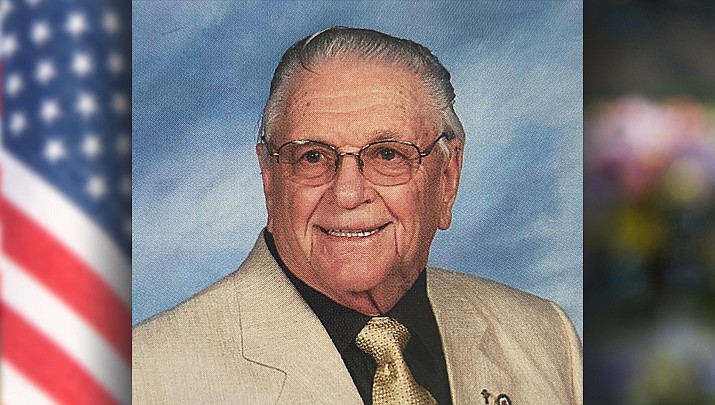 He was born on Oct. 7, 1925, in Bisbee, Arizona to California J. Potter and Annie Leona Davis Potter. He grew up in Chloride/Kingman and graduated from MCUHS class of 1943. He enlisted in the U.S. Navy at the age of 17 and served on the USS Chevalier in the South Pacific.

In 1951, Jack married Enith Jewell Johnson, and they moved to Phoenix, Arizona, where he worked for Sands Electric as an electrical job superintendent. They raised two children, Rebecca Potter, M.D. and Cal J. Potter, III.

In 1977, Jack and Jewell moved to Las Vegas, Nevada, where Jack worked at Dynalectric until his retirement. Jack was a member in IBEW Local 357 in Las Vegas and an active member of the Lutheran Church.