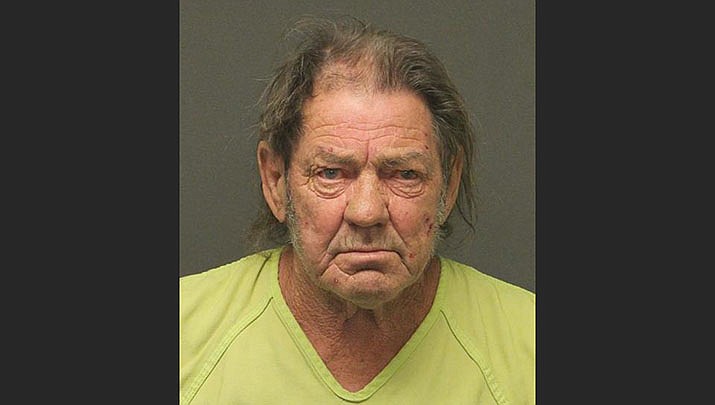 KINGMAN – Roy Dean Medlin, 64, of Golden Valley was arrested by the Mohave County Sheriff’s Office on Saturday, Oct. 3 after reportedly telling authorities that he shot his roommate, David Scott Hendrix, 49, during a physical altercation.

Upon arrival, deputies observed Hendrix deceased in the residence from an apparent gunshot wound. Medical personnel responded and Hendrix was confirmed deceased. MCSO detectives then assumed the investigation.

Medlin was arrested on suspicion of second-degree murder, and transported to the Mohave County Adult Detention Facility. The investigation continues, and the official cause of death is pending an autopsy by the Mohave County Medical Examiner’s Office.