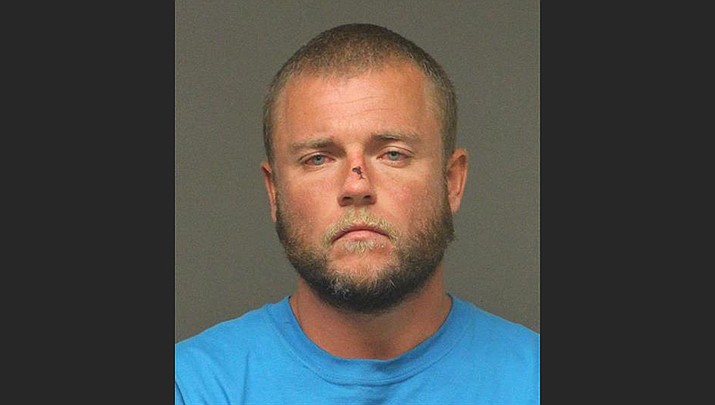 KINGMAN – Kenneth Ray Luman, 31, of Kingman, was arrested by the Kingman Police Department on Sunday, Oct. 4 after allegedly taking more than $4,000 worth of lottery tickets from a convenience store in the 700 block of W. Beale St.

Officers responded to the store at 4:45 a.m. to a robbery in progress. Officers arrived as Luman was running from the store.

He was detained after attempting to evade officers, and was reportedly found in possession of $4,387 worth of Arizona Lottery tickets.

Officers determined Luman entered the store and confronted the clerk after getting upset over a refund he wanted for a sandwich. According to KPD, Luman aggressively approached the clerk behind the counter, and tried to break into the cash register before grabbing the lottery tickets and fleeing from the store as officers arrived.

Luman was arrested on suspicion of felony robbery and resisting arrest, and booked into the Mohave County jail.