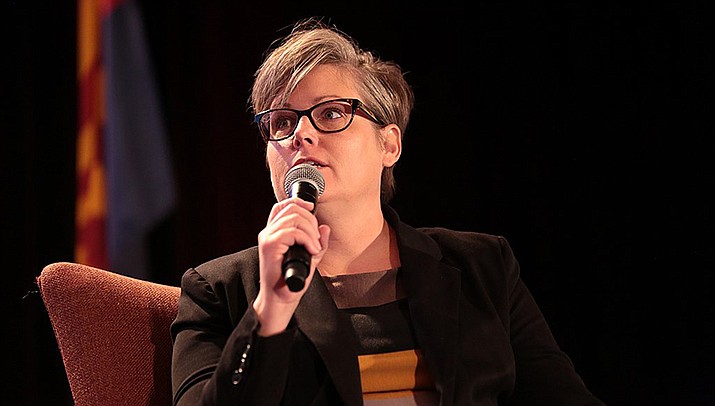 A federal judge has extended the Arizona deadline for new voter registrations through 5 p.m. on Oct. 23. (Photo by Gage Skidmore, cc-by-sa-2.0, https://bit.ly/3hnL22m)

PHOENIX - Republican organizations are appealing a federal judge's ruling that pushes back Arizona’s voter registration deadline by nearly three weeks because of the pandemic.

While extending the deadline could cause some confusion that could undermine the integrity of the election process, the pandemic means “a portion of the population is prevented from registering to vote, and thus the integrity of the election is undermined in a different way; that portion is going unrepresented,” Logan wrote in his ruling. “Extending the deadline would give more time for those voters to register and let their voices be heard through the democratic process.”

Mi Familia Vota and the Arizona Coalition for Change filed suit last week arguing that they've faced higher costs and lower success rates in their voter registration efforts because of the pandemic.

Hector Sanchez, CEO and executive director of Mi Familia Vota, hailed the ruling. “Winning this lawsuit will ensure that millions of potentially disenfranchised Arizona voters will have the opportunity to register and vote in this critically important election," he said.

The RNC and the NRSC are appealing the ruling to the U.S. 9th Circuit Court of Appeals, lawyers for the two groups said in a brief notice filed late Monday in District Court.

The Arizona Republican Party noted that Logan was appointed by former President Barack Obama and said his ruling was “disregarding well-settled Supreme Court precedents, creating substantial confusion and new burdens for voters and election officials. Republicans will continue to outpace Democrats at registering new voters while this misguided ruling is appealed.”

Arizona Secretary of State Katie Hobbs, a Democrat who was named as a defendant in the plaintiff’s lawsuit, said she won't appeal Logan's ruling. She urged Arizonans to register or update their voter registrations as soon as possible “as a further court ruling remains possible."

Arizona is a crucial battleground in the race for the presidency and control of the U.S. Senate.