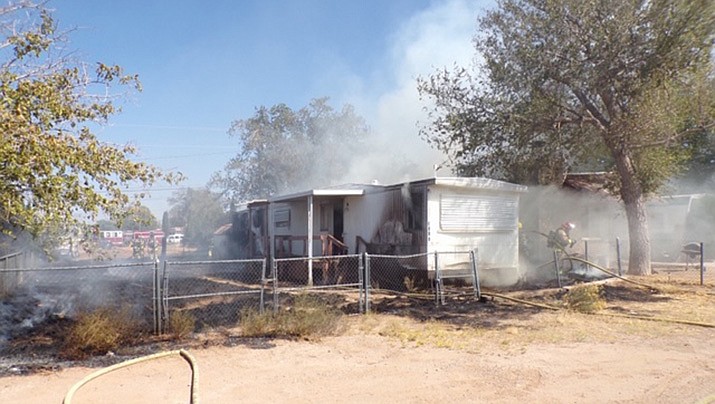 A residential structure fire that broke out Saturday, Oct. 3 on Warbler Lane resulted in firefighters being able to extinguish all fires at both the primary residence and the exposed structures. (Photo courtesy of KFD)

KINGMAN – Fire crews battled for three hours a structure fire that extended to two adjacent structures in the 3500 block of Warbler Lane on Saturday, Oct. 3.

Firefighters were able to extinguish all fires at both the primary residence and the exposed structures. One resident suffered smoke inhalation and was treated by AMR on scene, but was not transported for additional care. The cause of the fire is unknown at this time, and the investigation is being handled by the Mohave County Sheriff’s Office.