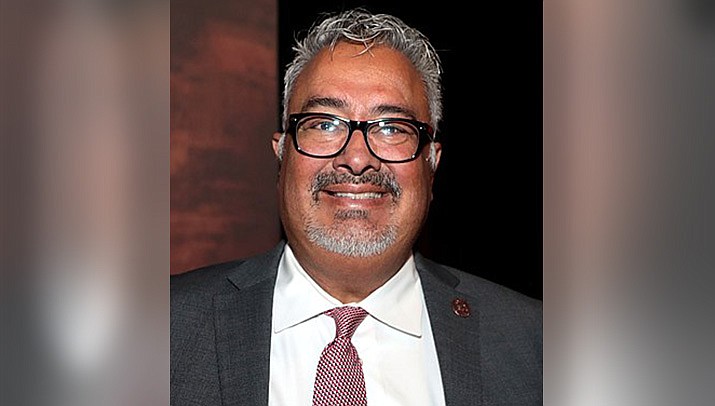 Arizona state Rep. Lorenzo Sierra (D-Avondale) has been taken off a ventilator as he recovers from COVID-19 at a hospital in Maryland. (Photo by Gage Skidmore, cc-by-sa-3.0, https://bit.ly/30Q113S)

PHOENIX - An Arizona lawmaker who was on a ventilator at a Maryland hospital's intensive care unit ill with COVID-19 is now breathing on his own, his wife announced Thursday.

The developments came after Democratic Rep. Lorenzo Sierra of Avondale spent several days unable to breathe without the mechanical device.

“Miracles do happen,” his wife, Rhonda Cagle, tweeted Thursday. “Still critical, but crossed a milestone. Told him I love him. “I love you more,” he replied; his usual response.”

She thanked God and asked for continued prayers.

Sierra and Cagle were visiting family in Washington when they both fell ill. He went to a Washington hospital on Sunday and was transferred to Johns Hopkins Hospital in Baltimore on Monday.

Cagle and Sierra tested negative before leaving for Washington and took extensive precautions but still got sick, Cagle wrote on Facebook.

Sierra is the third Arizona lawmaker to be diagnosed with COVID-19.