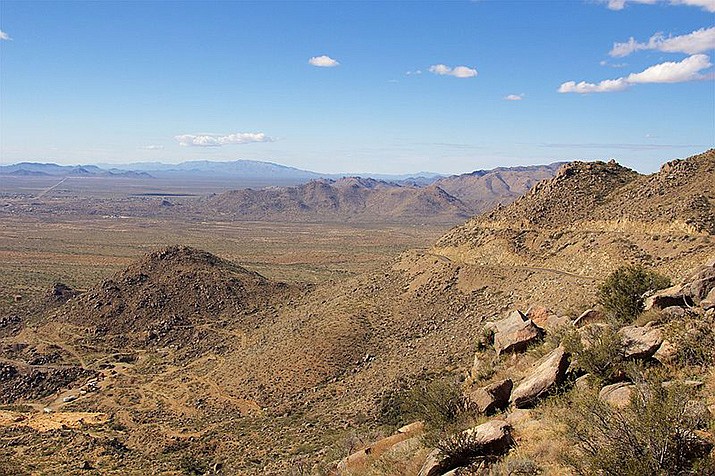 An 84-acre ranch is being added to the Prescott National Forest. A portion of the national forest is shown above. (Photo by Mike Peel, cc-by-sa-4.0, https://bit.ly/3nBkjUz)

PRESCOTT - An 84-acre ranch is being added to the Prescott National Forest to help protect the natural state of the Upper Verde River and eventually enhance public access to the river's scenic course in north-central Arizona.

The Trust for Public Land, a national conservation nonprofit based in Washington D.C., bought the Rio Verde Ranch for $1,690,000 and sold it for the same price to the federal government to become part of the national forest, trust spokeswoman Joanna Fisher told The Associated Press.

The property purchase announced Monday was funded through a grant from a recently reauthorized federal conservation fund funded with money from oil and gas extraction revenues, the trust said in a statement.

The Rio Verde Ranch contains a .6-mile stretch of the Verde, one of the last free flowing rivers in Arizona.

A tributary of the Salt River, the 170-mile Verde starts at Sullivan Lake in the Big Chino Valley about 22 miles north of Prescott. It flows southeasterly to east of Phoenix where it joins with the Salt.

About a quarter of the Verde is part of the National Wild and Scenic Rivers System and much of the Upper Verde is already part of the Prescott National Forest, but there are few places for public access along that stretch of the river where it s lined with rugged cliffs.

The Forest Service will keep the ranch site closed until it finishes a management plan for the property, including what public recreational uses will be allowed there, Fisher told the AP.

Those uses could include hiking, hunting, birdwatching and kayaking, the trust said in its statement.

Besides preserving the Upper Verde, “this ranch will be a great place for people to come out and experience the river," said Michael Patrick, senior project manager for the trust.

Several old homes and six other buildings needed to be removed so the land could be returned to a more natural condition in order for the Forest Service to be able to accept ownership of the land, the trust said.

That problem was handled when an Arizona philanthropist who loves the national forest offered to demolish the buildings, and the nonprofit Friends of Verde River will reseed the building sites with native seed, the trust said.

The philanthropist wanted to remain anonymous, the trust said.

A stone cabin that was constructed in 1900 by the original homesteader remains on the land and will help tell the story of the land, the trust said.

“We are grateful for the partnerships that made this important land acquisition possible,” said Forest Supervisor Dale Deiter. “Preserving this stretch of the Upper Verde River furthers our goals of protecting unique riparian habitat for wildlife, providing a source of clean water for area communities, and increasing access to sustainable recreational opportunities on the Forest.”

Arizona's two U.S. senators, Democrat Kyrsten Sinema and Republican Martha McSally, hailed the acquisition of the property for expansion of the national forest.

In separate statements, the lawmakers said the project would enhance outdoor recreation, promote economic development and protect the river's ecosystem and the state's water future.