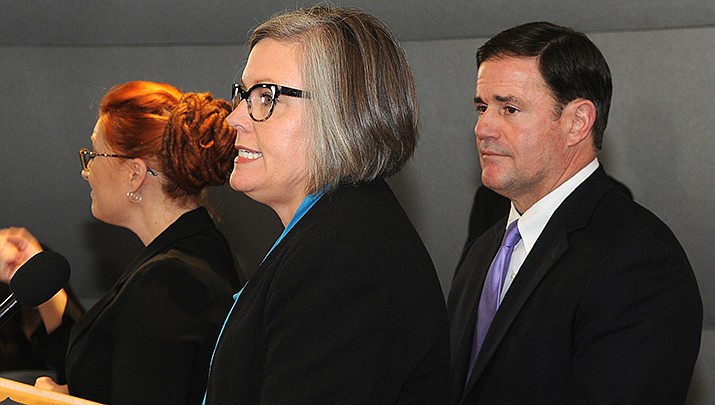 PHOENIX - An appeals court considering whether to put on hold an extension of Arizona’s voter registration posed tough questions at a hearing Monday over whether state law allows such an extension.

Two advocacy groups seeking to register voters had asked a lower court to extend the deadline, saying its number of weekly registrations plummeted because of the pandemic’s restrictions, though those figures have returned to almost the same level as before the pandemic.

Last week, U.S. District Judge Steven Logan extended the deadline from Oct. 5 to Oct. 23, finding the pandemic has undermined election integrity by preventing a portion of the population from registering to vote.

Republican Attorney General Mark Brnovich, Republican groups and Democrat Secretary of State Katie Hobbs are asking the 9th Circuit Court of Appeals to put the ruling on hold while they appeal it.

Arizona has recorded more than 28,000 new registrations in the days since the deadline was extended. Brnovich’s office said people who already completed registrations during the extension should be kept on the rolls for Nov. 3, but urged the appeals court to end the extension promptly.

Judge Jay Bybee said Arizona’s law requiring the registration to fall 29 days before election prevents the extension. “They are not eligible to vote in November 2020,” Bybee said of people who registered during the extension period.

Bybee also said the difficulties that arose in trying to register voters during the pandemic weren’t due to the actions of the government.

Matthew Brinckerhoff, a lawyer representing the groups that won the extension, said the pandemic had led to disruptions in his clients’ plans to register voters. “An event occurred of extreme and unpredictable circumstance, and it has had a profound impact on people’s lives,” Brinckerhoff said. “This is one of them.”

Hobbs’ office argued letting the new deadline run its full course could lead to administrative problems for elections officials. She is seeking a grace period of several days to let voters complete their registration. Brnovich’s office voiced opposition to a grace period, saying doing so would make the situation more complex.