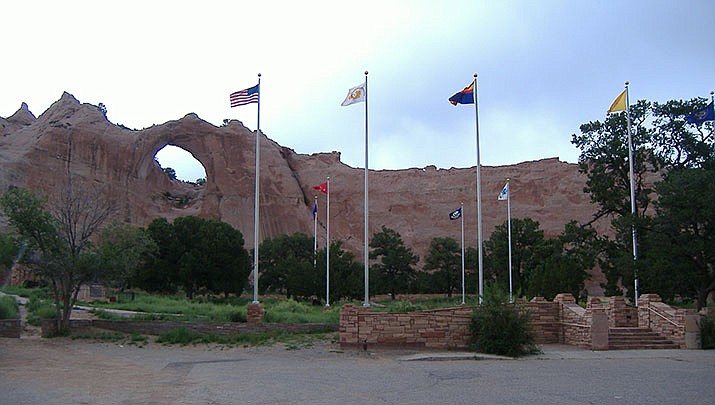 The latest numbers bring the total number of cases to 10,728 including two additional cases that was previously unreported due to delayed reporting. The known death toll now is at 571. A shelter-in-place order, mask mandate, daily curfews and weekend lockdowns remain in effect on the Navajo Nation.

PHOENIX - A man has been arrested for allegedly smoking drugs in his car with his young son in the backseat, Phoenix police said.

Daniel Pitzer, 31. was booked into jail Saturday on suspicion of drug use and child abuse.

Police said Pitzer was found unresponsive inside his vehicle in a parking lot and his 7-year-old son was yelling and screaming. Phoenix TV station KPHO reported that city fire department paramedics administered two doses of Narcan to revive Pitzer. According to court documents, a lighter and piece of tin foil with a blue pill fell on the floor when Pitzer was removed from the vehicle.

Pitzer’s son was turned over to a family member.