No sign of aircraft said to be in distress near Meadview 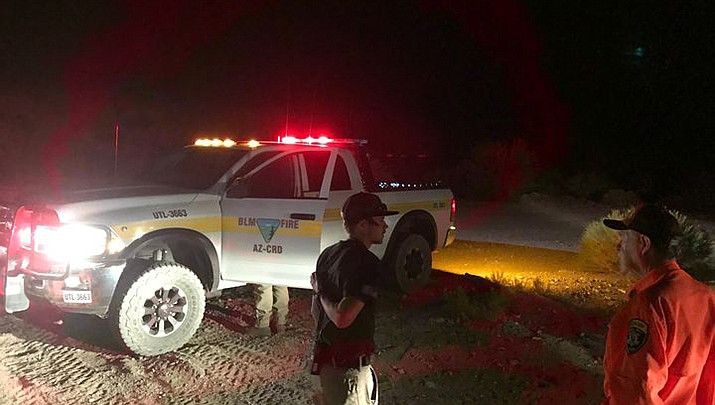 Rescuers from multiple agencies conducted a search after receiving a report of a small aircraft in distress in the Meadview area the evening of Tuesday, Oct. 13. Nothing was found. (MCSO Search and Rescue photo)

MEADVIEW - A report of a small aircraft in distress prompted an extensive but fruitless search by authorities in the Meadview area on Tuesday, Oct. 13.

The Arizona Department of Public Safety Kingman Air Rescue Ranger helicopter responded, along with Mohave County Sheriff’s Office Search and Rescue, the sheriff’s posse, and firefighters from the Bureau of Land Management Fire and the Lake Mohave Ranchos Fore Department.

An extensive ground and air search of the area was conducted, and no sign of a crash was found, search and rescue reported. Also, no reports were received of an overdue or missing person.