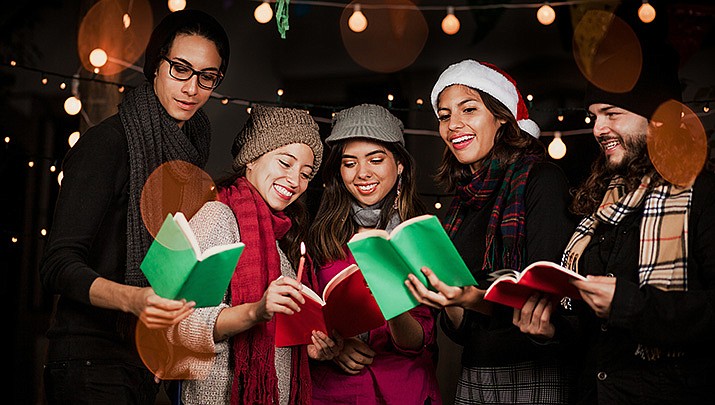 The Beale Street Theater will hold auditions for Christmas carolers on Saturday, Nov. 7 at 9 a.m. at the ArtHub. The carolers will participate in the theater’s Christmas production, and several other performances in December. (Adobe image)

KINGMAN – Beale Street Theater will hold auditions for its upcoming production of “The Polar Express” at 6 p.m. Monday and Tuesday, Oct. 19-20, and seeks a number of actors of all ages.

The auditions will take place at the ArtHub, 402 E. Beale St. The theater is looking for nine child actors between the ages of 8 and 13, along with six adult actors age 16 and up. Additional character actors will be needed as well, and those age 7 or older are eligible.

“We encourage families to come out and audition,” the theater wrote. “There are spots for younger children to participate with their parents.”

In an effort to reduce the number of people in the audition space at a single time, Beale Street Theater requests that those interested set up an audition time by emailing auditions@bealestreettheater.com.

Be prepared to give a one-minute Christmas-themed reading or monologue for the audition. Additional reading will be provided, theater officials wrote in a news release.

The theater will also soon begin open auditions for its Christmas Carolers, set for 9 a.m. Saturday, Nov. 7 at the ArtHub.

The theater is seeking singers ages 16 and up to form a double quartet caroling group, with music to be sung acapella.

Those interested in auditioning should prepare a melody from their favorite carol. The carolers will also participate in the Christmas production, along with several other performances throughout December.