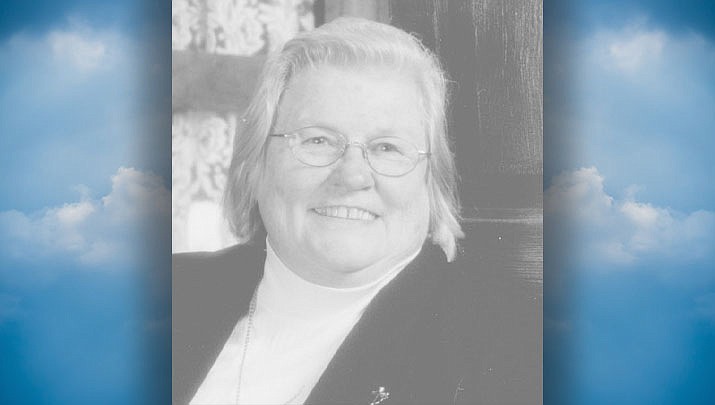 Marilyn left a rich imprint on the children of Arizona. She taught at Isaac Junior High and Bourgade High School in Phoenix, Lake Havasu Junior High, and Kingman elementary and middle schools. Marilyn was tenderly known as “grandma” while principal of Cerbat Elementary School. Later she worked as the principal for Saint Mary’s Catholic School in Flagstaff. Marilyn was deeply involved at Saint Mary’s Catholic Church and the Kathryn Heidenreich senior center. She also served several years on the governor’s council for the aging. Marilyn enjoyed sewing, embroidery, crafting, hunting and fishing. One of her early shooting achievements included being the first woman to shoot 25/25 straight in trap at the LHC sportsman’s club. She also enjoyed raising, training and showing Weimaraner’s in her younger adult years. She will be deeply missed by all. Funeral services were held at Saint Mary’s Catholic Church on Thursday, Sept. 3 at 11 a.m.