The flu, too? Mohave County Public health officials urge residents to get their flu shots early to ease impact on health-care systems during pandemic 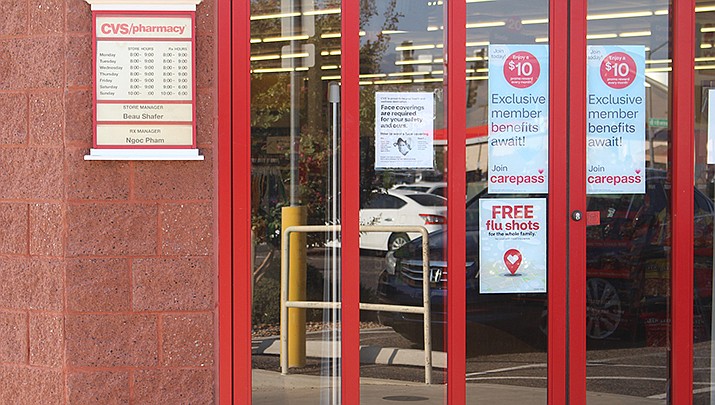 Arizona’s flu season generally lasts from October to March, with the peak of cases around February, according to Dr. Cara Christ, head of the Arizona Department of Health Services, At times, she said, hospitals already see their resources taxed from flu even without COVID-19.

Flu is dangerous all by itself. “As a public health professional, and as a physician and a mom, influenza is one of those things that scares me the most,” Christ said. “It can spread quickly, it can cause complications and in some cases it can be fatal.”

A flu shot can reduce the severity of symptoms, shorten the time during which a sick person is contagious and decrease the risk of hospitalization and death, she said.

Fernandez, the county’s immunization coordinator, recommends getting your flu shot early instead of waiting until the flu season begins as a way to help the local health care system.

While the county’s resources are limited, MCDPH offers free flu shots for children ages six months to 18 years. The department just reopened its annual childhood immunization program with a modified appointment-only process due to the pandemic. Appointments for flu shots for children are available from 8-11 a.m. and 1-4 p.m. on Wednesdays by calling 928-753-0714.

While health officials at the state and federal levels have been urging the public to get flu shots, and help lessen the impact on the health system of dealing with multiple viruses at the same time, Fernandez said she hasn’t noticed an increased interest in flu shots this season. “So far we don’t see a big change of mind,” she said.

Adult county residents are being referred to their primary physicians or local pharmacies to get flu shots, Fernandez said.

Fernandez said it’s too early to speculate if the flu will be bad this year, but confirmed that health specialists can’t rule out the possibility that people can get infected with COVID-19 and the flu at the same time.

“They are two different viruses,” Fernandez pointed out.

Fernandez said as far as she knows the flu season didn’t start in the county just yet, but noted that as far as flu shots go, “it’s important to start early, in September and October,” she said.

“Redness and swelling around the place of injection,” Fernandez said when asked what to expect after receiving a flu shot.

During the 2019-20 influenza season, Mohave County recorded 1,293 known cases of the flu, but many cases go undiagnosed. The county has recorded 3,680 cases of COVID-19 since March 24. Of those, 537 patients have been hospitalized and 201 have died.

(The Associated Press contributed to this report.)