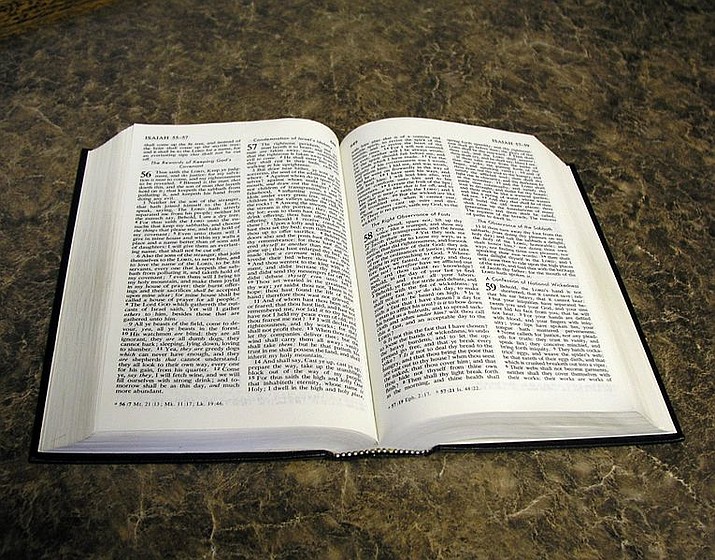 The Mohave County Board of Supervisors will continue to pray before their meetings. (Photo by Ken Horn, cc-by-sa-2.0, https://bit.ly/3ii9NhV)

KINGMAN – A request to somehow modify the practice of a Christian prayer at the beginning of Mohave County Board of Supervisors meetings has been received by the county, prompting a quick consultation between the supervisors and the Mohave County Attorney’s Office and a denial of the request.

The item was discussed at the board’s meeting on Tuesday, Sept. 8 and there was one person who signed up to speak on the matter, Rev. Steve DeFord from the Hualapai Baptist Church of Peach Springs.

“It is God who has enriched us,” DeFord said, adding it is only right to express gratitude by invoking him before the supervisors start conducting business.

Board Chairwoman Jean Bishop said the matter was already discussed with the Attorney’s Office and assured DeFord the board does not intend to stop praying before meetings.

Supervisor Ron Gould of District 5, who sometimes gives the prayer, made a motion to take no action on the request and the motion was approved 5-0.

Supervisor Buster Johnson of District 3 told the Miner on Wednesday, Sept. 9 that the prayer has been part of the board’s meetings since “pretty much forever.” It has been definitely in place since Johnson joined the board in 1996. Johnson, the longest-serving member of the current board, added he suspects the invocation was part of the tradition since the inception of the board itself.